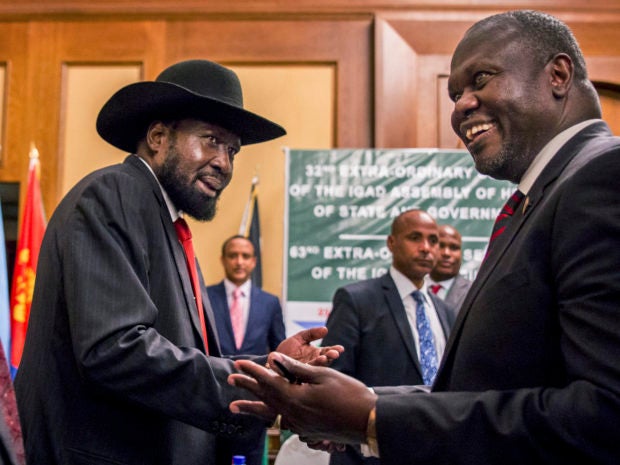 VATICAN CITY – South Sudan’s president and opposition leader are expected to travel to the Vatican next week for what the Holy See says is a “spiritual retreat” and opposition officials say is an effort to help implement the country’s peace deal.

He said a spiritual retreat was scheduled next week at the Vatican for “the leaders of South Sudan.”

He didn’t identify them.

The meeting comes a month after President Salva Kiir met with Pope Francis to discuss the peace process.

A deputy spokesman for opposition leader Riek Machar, Manawa Peter, said the April 10 Vatican meeting between Machar and Kiir would focus on confidence-building and helping to bring the two together.

A peace deal calls for a functional government by May. / gsg