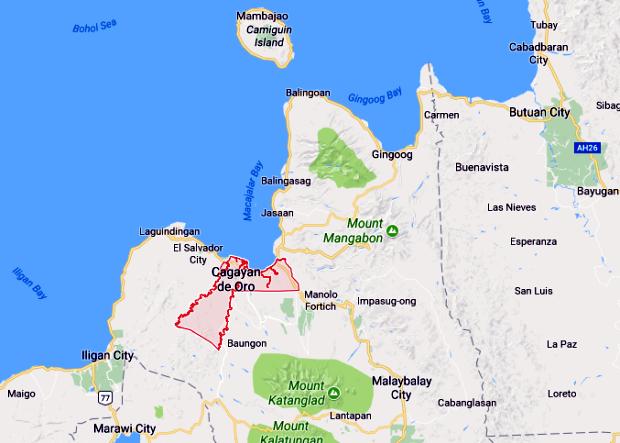 CAGAYAN DE ORO CITY, Philippines – Charges have been filed against two Chinese nationals suspected of employing the services of female minors inside a hotel here on Sunday, the National Bureau of Investigation-10 (NBI-10) said on Wednesday.

NBI-10 regional director Patricio Bernales Jr. said the foreigners would be facing cases of child abuse and trafficking in persons for allegedly being with 10 females, six of them minors, inside the hotel, once the City Prosecutors Office issues its resolution.

Bernales said a joint team of NBI-10 and the Regulatory and Complaint Board (RCB) raided two rooms of a hotel where the Chinese and the girls were found.

The bureau identified the foreigners as Shen Zhi Qiang and Li Qi, both in their early 20s, from mainland China.

Based on the documents, Shen and Li were tourists staying at the same hotel where the incident happened, Bernales said. He identified the suspected pimps as Joseph Uy and Janry Avelin.

But the NBI was still validating the actual age of the alleged pimps who claimed they were also minors.

Authorities were able to communicate with the suspects since one of them could speak English.

“No need for the suspects to cooperate (with the NBI) as we will file the cases against them,” Bernales said.

He said NBI-10 had also gotten in touch with the Bureau of Immigration in Cagayan de Oro and the Chinese Embassy in Manila to ascertain the status of the foreigners.

The psychosocial intervention has been among the protocol followed by the City Social Welfare and Development Office for rescued victims.

The CSWDO said the girls were in the hotel for five days before they were rescued.

But Paña identified two of the victims among those rescued by authorities in a raid on an inn last year.

Both Bernales and Paña agreed that operators of hotels and inns accepting female minors into their establishments must be held accountable for the crime as well.

As of this writing, the alleged pimps and the Chinese nationals refused to give a statement to the media while in custody of the NBI-10 regional office here.