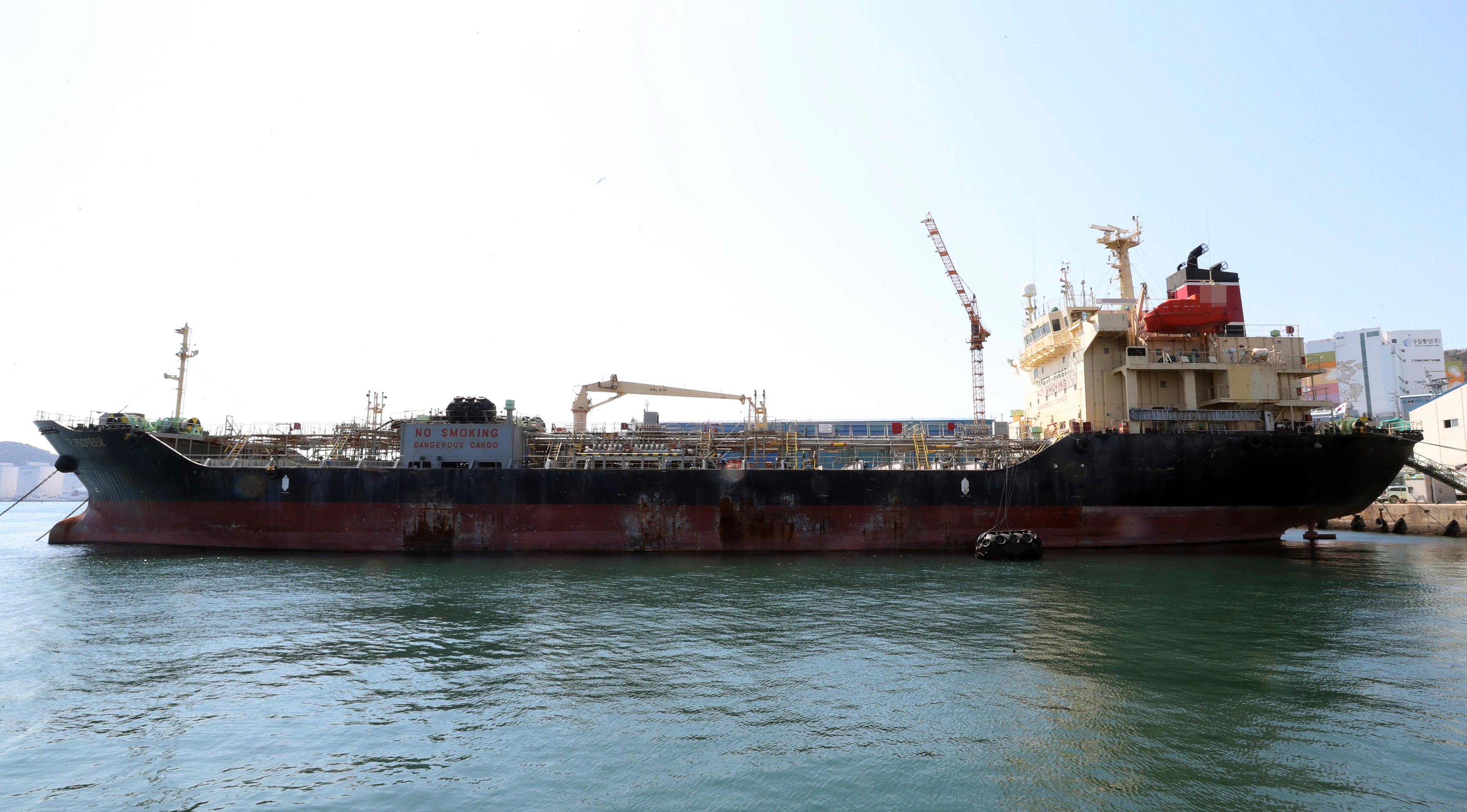 SEOUL, South Korea — A South Korean ship is being held at a domestic port over suspicions that it illegally provided oil to heavily sanctioned North Korea, Seoul officials said Wednesday.

The revelation comes amid growing concerns over wide-ranging efforts by North Korea to evade U.N. Security Council sanctions over its nuclear weapons and missiles program.

A South Korean coast guard official said the 5,160-ton P-PIONEER has been prevented from leaving Busan port since October over allegations that it was used to supply oil to North Korea through two ship-to-ship transfers in September 2017 in international waters in the East China Sea. He said the ship transferred diesel, but did not confirm how much was supplied.

Customs authorities have sent the case to state prosecutors, who are now examining whether to indict the ship’s captain and management company for violating laws governing maritime transport and exchanges with North Korea, he said.

An official from Seoul’s Foreign Ministry said it was the first time a South Korean ship was detained over allegations of violating U.N. sanctions against North Korea. South Korea is detaining three foreign vessels for illegally providing oil to North Korea or transporting North Korea-produced coal.

Both officials spoke on condition of anonymity, citing department rules preventing them from speaking to the press.

The U.N. Security Council in a report last month said North Korea was continuing to defy its resolutions through a “massive” increase in ship-to-ship transfers of petroleum products and coal. The report quoted one unnamed member state as saying North Korea obtained more than the cap of 500,000 barrels of refined petroleum products in 2018, but said another unnamed country questioned the figure.

U.N. sanctions against North Korea have strengthened significantly since 2016 as Pyongyang stepped up its weapons tests and now includes strict import restrictions on petroleum products and crude oil and export bans on coal and other minerals that had been key sources of foreign currency for the North.

Following successful tests of long-range missiles potentially capable of reaching the U.S. mainland in 2017, North Korean leader Kim Jong Un shifted to a diplomatic mode in 2018 and held summits with leaders of South Korea and the United States in an effort to leverage his nuclear arsenal for economic and security benefits. But Kim’s second summit with President Donald Trump in February collapsed over mismatched demands in sanctions relief and disarmament. /muf