Hilbay banks on social media, volunteers for May 13 election victory 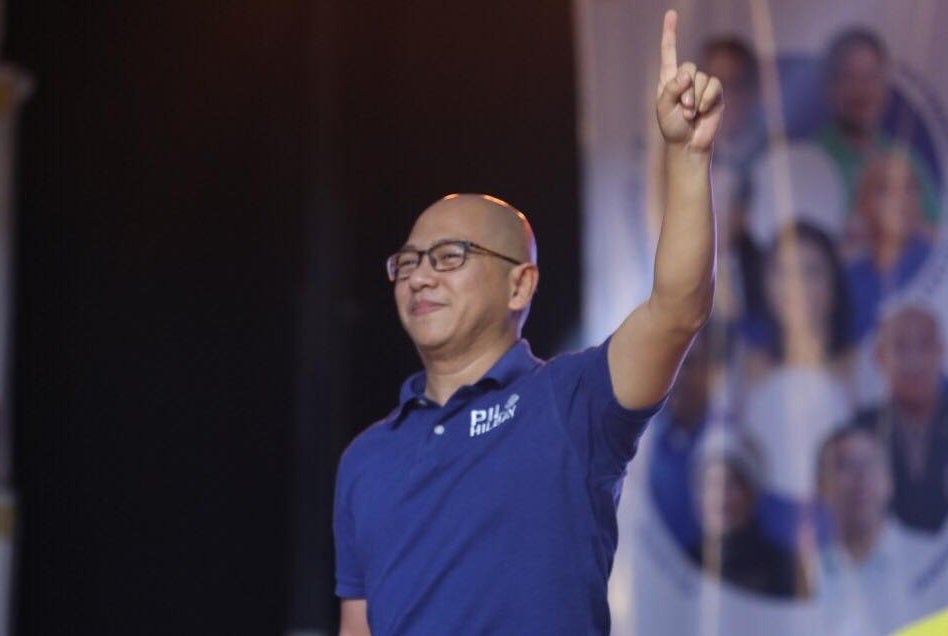 MANILA, Philippines — Low ranking in surveys does not diminish former Solicitor General Florin Hilbay’s optimism about his chances of clinching a seat at the Senate in the May 13 midterm elections.

At the sidelines of a press briefing in Quezon City, Hilbay told INQUIRER.net that just like any other candidate, he remains buoyant of possibilities he could win especially since there is still time to campaign.

“We have no choice but to be optimistic, lahat ng mga tumatakbo I think that should be the attitude, you still have more than a month left, and so you need to campaign as hard as you can,” noted Hilbay, a bar topnotcher and constitutional law professor at the University of the Philippines.

“Well, we’re working even harder, we’re adjusting our strategies, I think we recognize the value of social media, it’s a cheaper way to campaign,” Hilbay said.

In the February Pulse Asia nationwide survey, Hilbay ranked 42nd (36-52), with only 13 percent aware that he is aspiring to become a senator of the republic. This was down one spot from his January ranking of 41st, but a vast improvement from being placed last at 58th in the June 2018 survey.

Among all Otso Diretso candidates, Hilbay usually ranks last.  Former Interior Secretary Mar Roxas was the only candidate from the opposition to break the so-called “Magic 12” at 9th place, followed by re-electionist Senator Bam Aquino at 15th, and human rights lawyer Chel Diokno at the 24th spot.

Hilbay, nevertheless, underscored the warm acceptance they receive on the ground. He said people’s treatment of their group during their house-to-house campaigning was overwhelming compared to perceived results in surveys.

“What we confirm on the ground every time na makikilala (kami), gustong suportahan.  So the challenge is how do you multiply the efforts of the volunteers and the candidates to be able to compete by May 13,” he noted.

“The only way to confirm that is on May 13, kung papaano papasok ‘yong efforts ng volunteers.  In the meantime, we have to look at the surveys as providing internal truth, and as a basis for your strategy,” he added. /kga