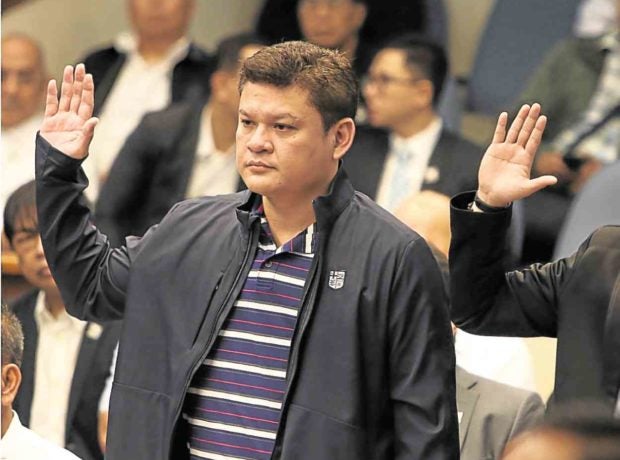 MANILA, Philippines—Presidential son Paolo “Pulong” Duterte denied on Wednesday allegations tagging him as one the “principals” of a syndicate who received millions of kickbacks in the illegal drug trade.

In a Facebook post, Duterte lashed out at a certain “J.S.” whom he alleged as the one behind the video circulating in social media detailing his supposed connection in the drug syndicate.

In the six-minute video that was uploaded on YouTube, which has been shared on various social media platforms, a narrator showed a “tara” or the list of principals and their kickbacks that were deposited in the alleged drug lords’ bank accounts as well as their code names.

Included in the list of the code names was “POLODELTA-TSG01” and “ALPHA TIERRA-0029.”

The narrator claimed that Polo Delta referred to Paolo Duterte, as represented by his initials.

The video claimed that the bank accounts were owned by Waldo Carpio who will then transfer the money to an international bank named under President Rodrigo Duterte’s eldest child.

Waldo Carpio is the brother of lawyer Manases Carpio, Pulong’s brother-in-law and husband of Davao City Mayor Sara Duterte-Carpio. He is currently an undersecretary at the Department of Agriculture.

A certain “Bikoy,” who claimed to be a member of the syndicate, also appeared in the video and said that Duterte had his alleged code name in the “tara” tattooed on his back.

Paolo, former vice mayor of Davao City, is running as a congressman for Davao’s 1st District in the midterm poll. /jpv