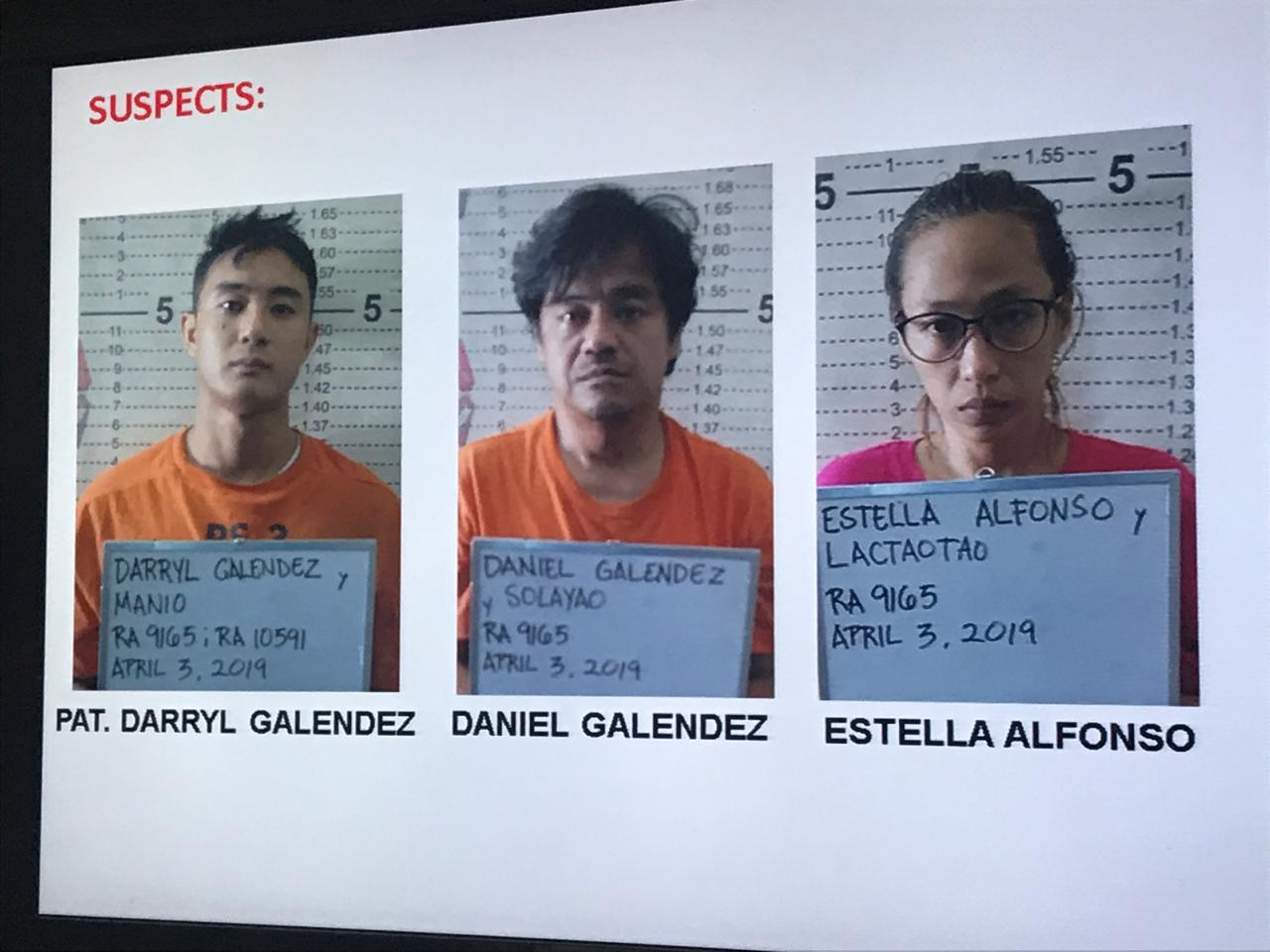 Mugshots of Patrolman Darryl Galendez, his father, Daniel Galendez, and his aunt Estrella Alfonso who arrested in a buy-bust operation in Quezon City. (Photo from Quezon City Police)

MANILA, Philippines — A Malabon City rookie police officer was arrested along with his father and aunt for possession of illegal drugs and a gun during a buy-bust operation in Quezon City Tuesday night.

According to police, the three were arrested during the buy-bust operation by Quezon City Police officers at McArthur St. Area 1, Barangay Pasong Tamo in Quezon City at about 10:30 p.m.

The suspects were arrested after an undercover police officer, posing as a buyer, bought P200 worth of shabu (crystal meth) from the suspects.

Seized from the suspects were seven sachets of suspected shabu and an unlicensed caliber .45 pistol with seven bullets.

Galendez, who entered the police service in 2017, was assigned at the Police Community Precinct-2 (PCP-2) of the Malabon City Police Station.

The suspects are now detained at the Quezon City Police headquarters as charges for violation of the Comprehensive Dangerous Drugs Act of 2002 and illegal possession of firearms in relation to the election gun ban are being readied against them.  /muf