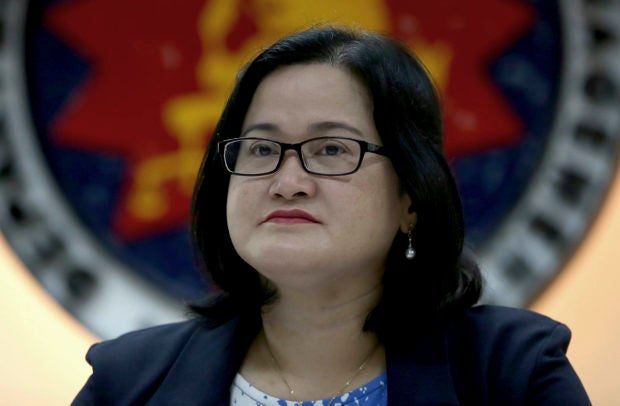 The President announced his decision at the start of the Cabinet meeting on Monday night in Malacañang, his spokesperson, Salvador Panelo, said in a statement on Tuesday.

Abuel was designated officer in charge of the DBM last month when the department’s secretary, Benjamin Diokno, was appointed as the new governor of the Bangko Sentral ng Pilipinas. The Palace cited her “competence, integrity and expertise.”

A lawyer and a certified public accountant, Abuel began her career at the DBM as a budget management analyst in 1996. She was promoted to director IV in 1999 and to assistant secretary in 2012. She became an undersecretary in 2018.

Abuel was a topnotcher in the 1998 bar exams and obtained a master’s degree in public policy from Lee Kuan Yew School of Public Policy in Singapore.

Asked if her “appointment” as acting budget secretary was a violation of the election ban, Panelo said the President had not signed any “formal” document so far.

“He (the President ) said something like, ‘Who will I name as secretary? You are officer in charge, right? Why don’t you become acting secretary?’” Panelo said in an interview with reporters.

The President made the remarks during Monday’s Cabinet meeting, addressing Abuel.

The election ban on appointments took effect on March 29 and will be in place until May 12.

A day before the ban began, Mr. Duterte signed the appointments of several officials, including Aurora Ignacio as the new president of the Social Security System.

In the case of Abuel’s “appointment,” Panelo said “maybe [the President] … meant that she will be the acting [secretary] after the elections … Something like that.”

“His intention is something like, why don’t you take that position? There is no formal appointment yet,” Panelo added.