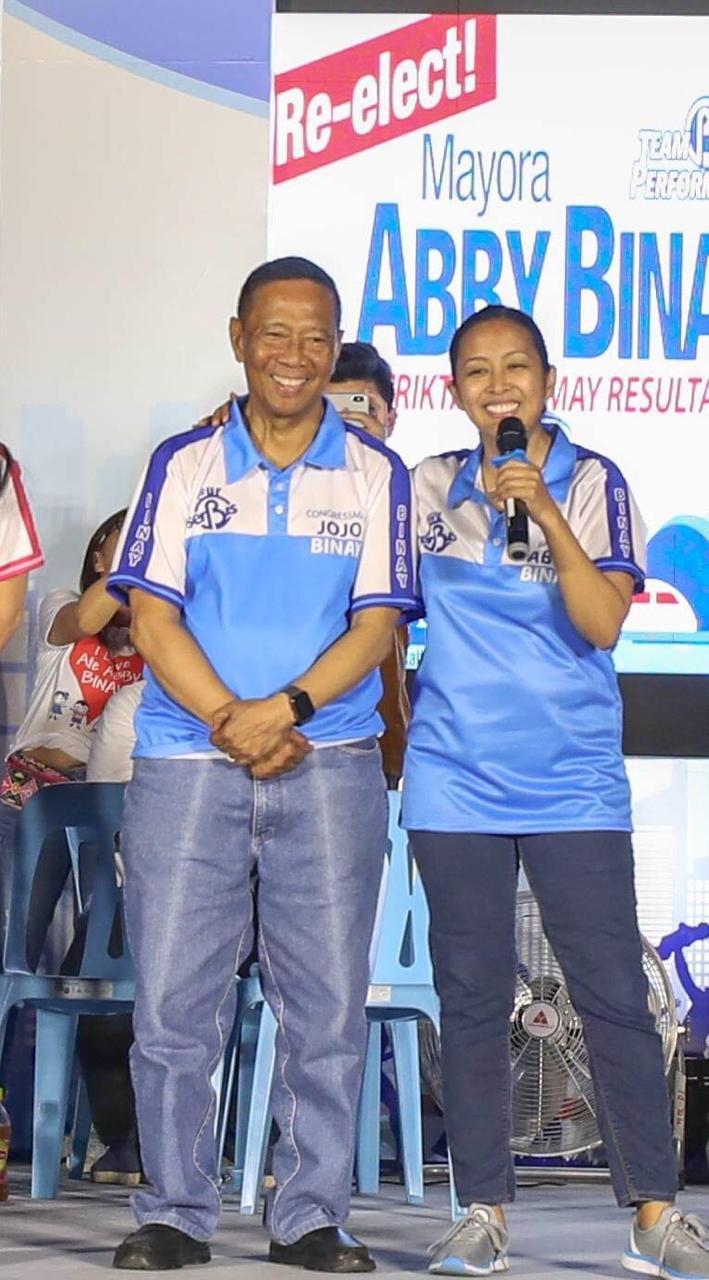 Former Vice President Jejomar Binay has described his daughter, Makati Mayor Abby Binay, as a true performer and a good administrator who deserves to be reelected for a second term this May.

In a recent interview with the media, Binay reaffirmed his support for Abby, saying she has aptly named her ticket as Team Performance.

He noted that Mayor Abby did very well for a first-termer, saying he was impressed by the many achievements of the city. He cited the first-ever Unqualified Opinion given by the Commission on Audit (COA) in its audit report on the city’s 2017 financial statements, and Makati being named by COA as the country’s richest city, unseating Quezon City after several years.

Binay, though, said it was not surprising because the mayor was already hardworking and organized even when she was little. “Talaga namang masipag ito. Pagkabata ni  Abigail, organized talaga siya,” the elder Binay said.

Binay also said he was pleasantly surprised to learn that Mayor Abby was a ‘techie’, mentioning Makatizen Card and the free wifi project among the digital public-private partnership (PPP) initiatives she spearheaded. He pointed out that he, too, advocated the PPP platform even back when he was mayor.

As Makati Mayor, Binay initiated tie-ups with private companies and institutions to enhance the city’s public health care program and public education system. As Vice President, Binay strongly advocated the PPP concept and pushed for establishment of a strong PPP framework for government at the national and local levels. Part of his economic platform as a presidential candidate was the rapid implementation of PPP programs particularly in the transport sector.

Mayor Abby, who is seeking a second term, has entered into a number of PPP agreements for smart initiatives aimed to accelerate Makati’s transformation into a “Smart and Digital City”, at no cost to the city.

These initiatives include Makatizen Card, a unified, multi-purpose government-issued citizen ID. As of January 2019, around 53,545 Makatizen Card have been distributed and are being used by the public.

The free Wi-Fi project of the city has covered 13 barangays to date, providing free internet connection to residents, students and transients on designated hours daily.

Launched in 2017, the digital citizen app-Makatizen App is now available in both Play Store and App Store. Makatizens can use this app to access latest news, updates and information on programs and event, to report crime or concerns in their communities, and call for emergency response.

Through another PPP under Mayor Abby, Makati is also on its way to having the country’s first intra-city subway system, which Mayor Abby has regarded as her “legacy” to the people of Makati and to the nation as well. Construction and operation of the subway have been projected to create over 6,000 jobs for Makatizens. Once completed by 2025, it will accommodate 27,000 passengers every hour and help decongest traffic in major roads of the city.