Colmenares: If gov’t doesn’t act on West PH Sea, we will 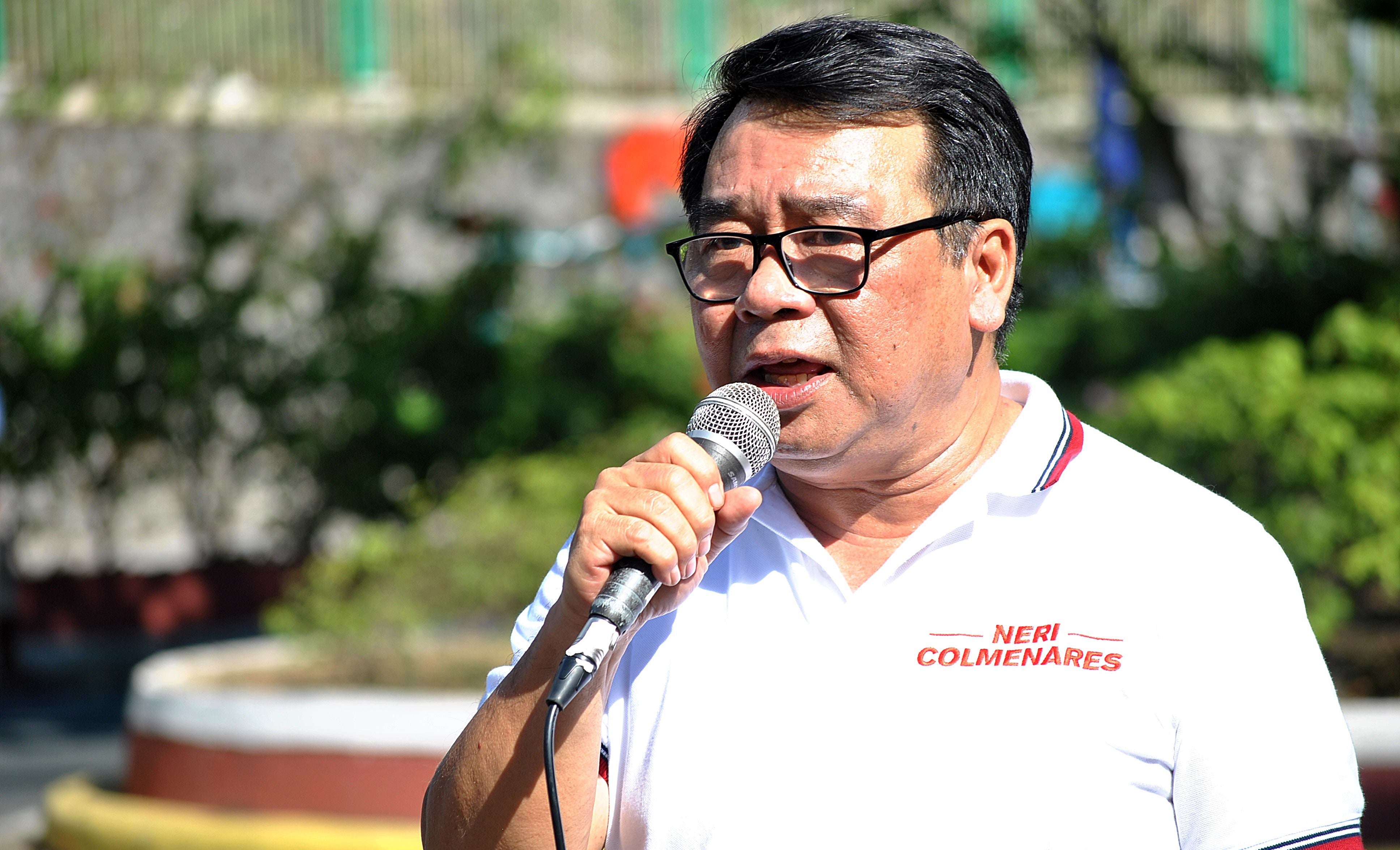 MANILA, Philippines — Bayan Muna chair Neri Colmenares is calling on groups and personalities to join protest movements against the Chinese occupation of the West Philippine Sea (WPS), saying that they would act on the issue if the government remained silent.

“Kung ayaw ng gobyernong kumilos, tayo na mismo ang kumilos,” Colmenares said in a press conference on Tuesday, as a response to statements of government officials on the fate of fishermen in the disputed region.

According to Colmenares, who is running for a Senate seat in the 2019 midterm elections, the protest would at least inform the government and the international community that Filipinos do not approve of China’s militarized approach in the WPS.

“At least our people, the government, and the world will know that Filipinos are against their illegal and unjust activities and are ready to stand up to defend their rights,” he noted.

“We cannot remain silent in the face of China’s actions against our fisherfolk and our rights. We don’t even know if the government has really filed a diplomatic protest.  So what else can we do but air our protest directly to China?” he explained.

Colmenares has previously called on the government to act on concerns made by fisherfolk in Panatag Shoal who were allegedly harassed continuously by the Chinese Coast Guard.

Presidential Spokesperson Salvador Panelo asked for proof of the harassment so that they could file diplomatic protests.  Colmenares and a fisher’s group rebuffed him, saying that testimonial evidence from the fishermen is enough to file cases.

Days after, the Bureau of Fisheries and Aquatic Resources (BFAR) merely advised fisherfolk against fishing in the area.

The former lawmaker also called on other personalities to support their cause, saying the issue of territorial sovereignty goes beyond political colors and affiliations.

“This is not about narrow political loyalties. This is about resisting the power play of an imperialist country and calling out the inaction of our own government,” he added.

Panelo said Tuesday that he believed the Department of Foreign Affairs was in the process of sending a note verbale to the Chinese embassy over the presence of hundreds of militia vessels near Pag-asa Island. /cbb

READ: Panelo: Diplomatic protest vs China ‘on its way’

READ: Locsin says diplomatic protest vs China will not be made public