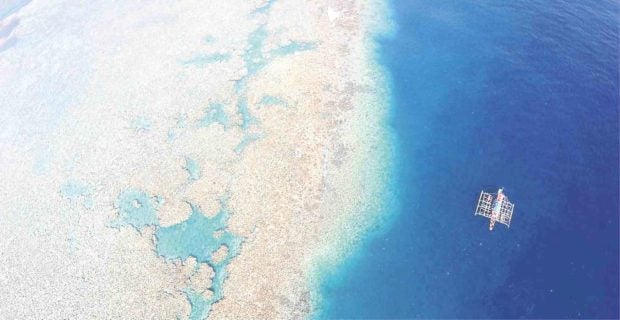 PANATAG BOUNTY In this photo taken in November 2016, Zambales fishermen are able to fish in Panatag Shoal amid patrols done by the Chinese Coast Guard. —REM ZAMORA

The Philippines is bent on filing a diplomatic protest if it is proven that the Chinese Coast Guard is driving away Filipino fishermen from Panatag (Scarborough) Shoal in the West Philippine Sea, presidential spokesperson Salvador Panelo said on Monday.

“They have to show proof that’s being done now [again]. If that is being done, certainly we will protest. We will not allow our countrymen to be subjected to that kind of harassment,” he said.

He added: “If there was a negotiation, there was an agreement not to touch them (fishermen). And then one incident, two incidents violate this agreement, then we have to tell them (Chinese) and they will have to correct it.”

Panelo was referring to an agreement between the Philippines and China in which fishermen were to be allowed to freely navigate the South China Sea, except the marine-protected areas.

“If there is a violation, we have to go back to them (China) and say, ‘There’s a violation, you better stop.’ The policy is you cannot be harassing our fishermen,” he said.

However, he noted that even though the Philippines claimed the contested territory for its own, China asserted control over the area as it had built several structures there.

The shoal lies 240 km southwest of the coastline of Subic, Zambales province, and within the Philippines’ EEZ.

A triangular chain of reefs and rocks surrounding a lagoon, the shoal has a perimeter of 46 km and an area of 150 sq km, making it a rich fishing ground.

In 2012, China seized the shoal after a two-month standoff between Chinese and Philippine vessels. It has since cordoned off the place, driving away Filipino fishermen from their traditional fishing grounds.

“Can we do something about it? They have control over it as of now. They have forces there. We can only protest like any other country laying claims to it,” Panelo said.

“Certainly that is ours, and the arbitral ruling says it’s ours,” he said, citing an international ruling that favored the Philippines’ claims over China’s nine-dash line argument.

According to him, President Duterte preferred to hold diplomatic negotiations with China, as no entity could enforce the arbitral ruling that backed the Philippine claim. 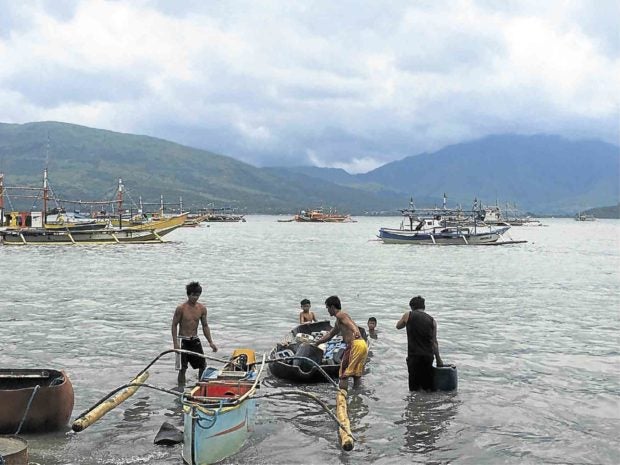 FISHING TRIP A group of fishermen from Subic town in Zambales province prepares their provisions for a trip to Panatag Shoal, a rich fishing ground in the West Philippine Sea that is being claimed by China. ALLAN MACATUNO

“Tell me if any arbitral ruling by this international court had been enforced previously? If there is, there is hope. As of now, we can’t do something about it so let’s just talk about it,” he said.

On Monday, a group of fishermen from Infanta, Pangasinan province, sailed to Panatag Shoal, hoping the Chinese Coast Guard would not stop them.

“They have nowhere else to go at this time of the year but to return there,” said Napoleon Domalanta, chief of Barangay Cato in Infanta.

Quoting his brother-in-law, who had just returned from the shoal, Domalanta said Chinese Coast Guard ships had increased from four to six since last week.

Yoyoy Rizol, a fisherman, said if they would be denied access to the shoal, they would have to fish again within Infanta’s municipal waters for their day-to-day food.

In Zambales, fishermen have been avoiding the disputed shoal as the Chinese Coast Guard remained aggressive, driving them away from their traditional fishing ground.

They said they wanted to prevent an experience similar to that of fellow fishermen in Pangasinan who were driven away by the Chinese troops from the shoal early this month. —WITH A REPORT FROM JOHANNA ROSE AGLIBOT