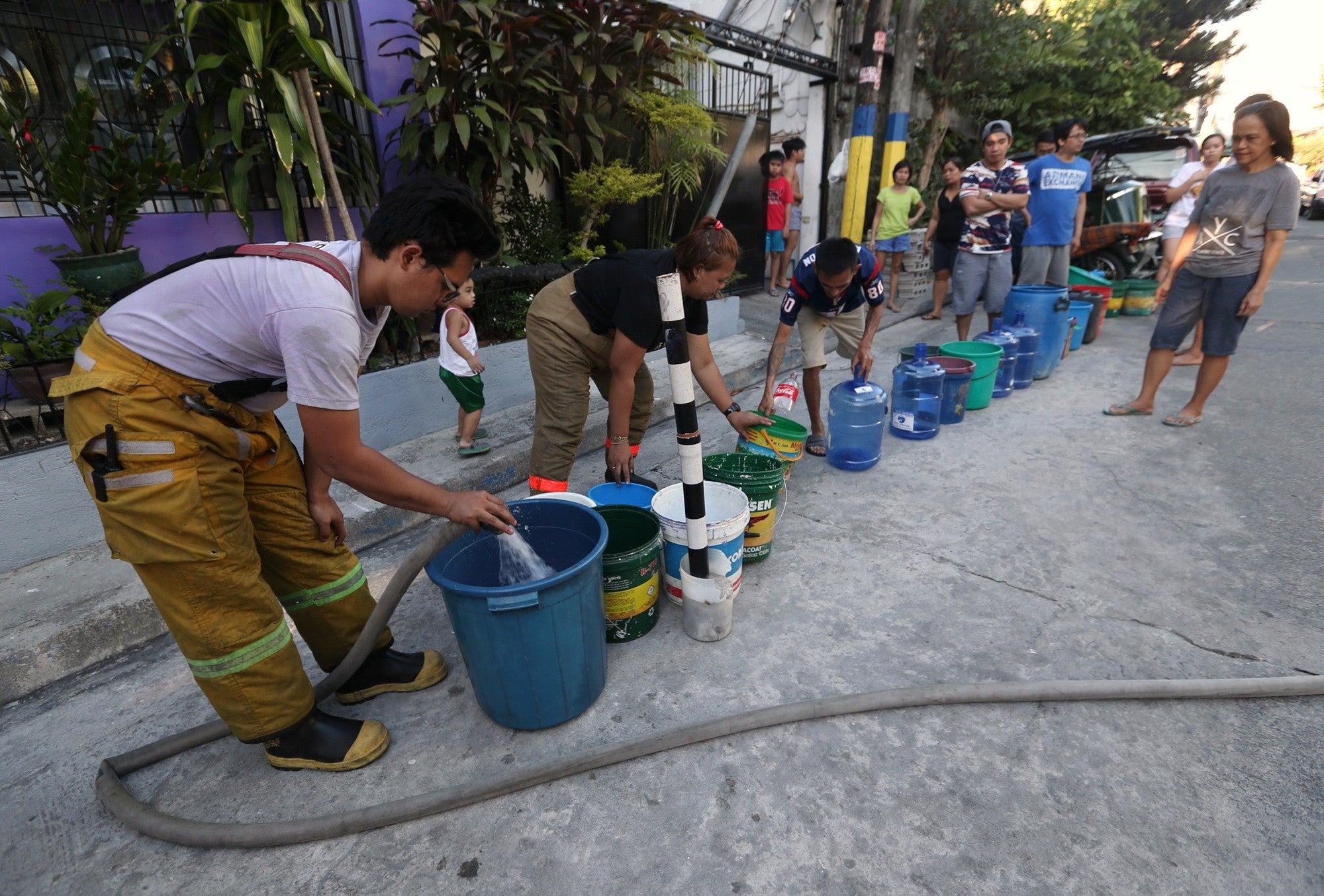 A volunteer firefighter distributes water from a fire hydrant to households in Barangay Itaas, Mandaluyong City, at the height of a water shortage. INQUIRER FILE / LYNN RILLON

MANILA, Philippines — To mitigate the effects of dry spells and water shortages, the government is studying the possibility of creating a Department of Water, Malacañang said Tuesday.

Tackling the effects of El Niño and water shortage was the first item discussed during the 36th Cabinet meeting in Malacañang on Monday evening, Presidential Spokesperson Salvador Panelo said in a statement.

“A roadmap was presented, which included immediate, medium and long-term interventions, such as making an intensive campaign for the conservation of water and energy, creating a Department of Water and a Department of Disaster Resilience, dredging of waterways, replacing tunnels and aqueducts, installing water tank systems in all Department of Health hospitals and providing funding for the establishment of water treatment plants,” Panelo said.

Earlier, Socioeconomic Planning Secretary Ernesto Pernia suggested the creation of a department dedicated to managing the country’s water needs amid a water shortage that affected Metro Manila and nearby areas.

READ: Manila Water: Shortage may be over before summer’s end

An executive order (EO) was also proposed to President Rodrigo Duterte to strengthen the National Water Resources Board (NWRB).

Panelo said the EO would merge the NWRB and the River Basin Control Office into the National Water Management Council (NWMC) to “streamline and consolidate the planning and regulation of all water and river basins in the country.”

This will draft the National Water Management Framework Plan, the Palace official added.

In July 2017, the Singapore High Court sided with Maynilad, which claimed that the government owed P3.42 billion in compensation for the delayed implementation of a water rate hike.

The Philippine government appealed the decision on February 13, 2018, but the panel again awarded the case in favor of the water concessionaire.

The rate-rebasing scheme allowed Maynilad to adjust the rate when the firms first inked the agreement with Metropolitan Waterworks and Sewerage System (MWSS) during the administration of former President Fidel V. Ramos.

Panelo also said that Duterte “instructed all agencies to check and review all contracts entered into and remove onerous provisions that might be detrimental to the lives of the Filipinos.” /cbb