Filipinos should be proud of Maria Ressa – former CJ Sereno 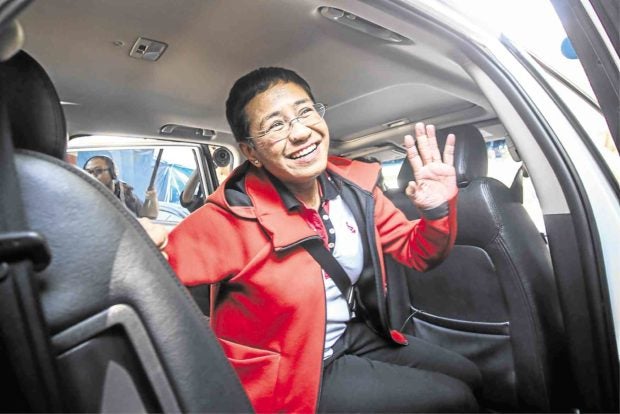 “Filipinos everywhere should be proud of Maria Ressa,” Sereno said in a statement. “She could have kept herself safe, reveling in her international awards such as TIME Person of the Year and enjoy a life of comfort abroad. But she bravely faces the persecution that people of integrity go through in times like these.”

Sereno also pledged her support for Ressa, whom she called a “symbol of hope,” and urged Filipinos to fight for truth and justice.

“[Ressa] and the brave women and men of Rappler are holding the line. We Filipinos who believe in truth and justice hold the line with them,” Sereno said. “Maria is a symbol of hope, and we join her crusade for fair and truthful reporting. We ask all members of the media to be fully one with the Filipino people in this hour of great peril.”

Ressa was arrested last Friday, March 29, at the Ninoy Aquino International Airport shortly after arriving from a trip in San Francisco, California. She was arrested over her case for alleged violation of the Anti-Dummy Law.

Sereno, however, said that those who persecuted the journalist would also have “their day of reckoning.”

“A time will come, as sure as the sun rises from the east and sets in the west, when those who have persecuted her and many others who were only doing their duties to the Filipino people, will have their day of reckoning,” Sereno said. /atm