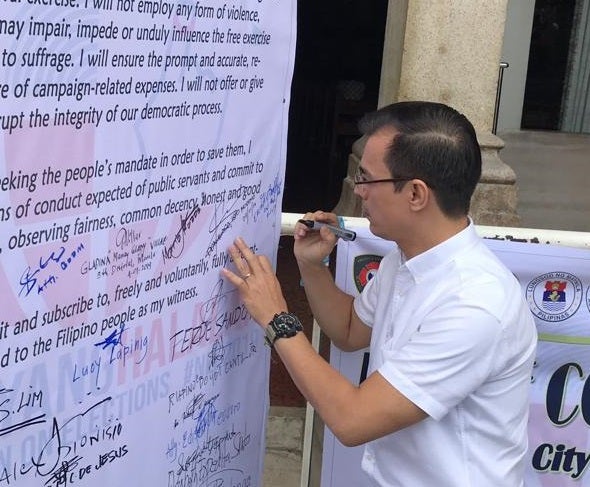 MANILA, Philippines – Candidates for local positions in the City of Manila signed a peace covenant on Monday for peaceful and honest elections.

Present at the covenant signing were mayoral candidates Isko Moreno and Alfredo Lim. Joseph “Erap” Estrada, who is seeking reelection, was not at the event.

Manila Police Chief Vicente Danao expressed hope that candidates would not engage in violence during the election season.

“Sana walang kanditato na mamumuno ng violence that may hamper the smooth flow of our elections,” Danao said in his speech prior to the signing. 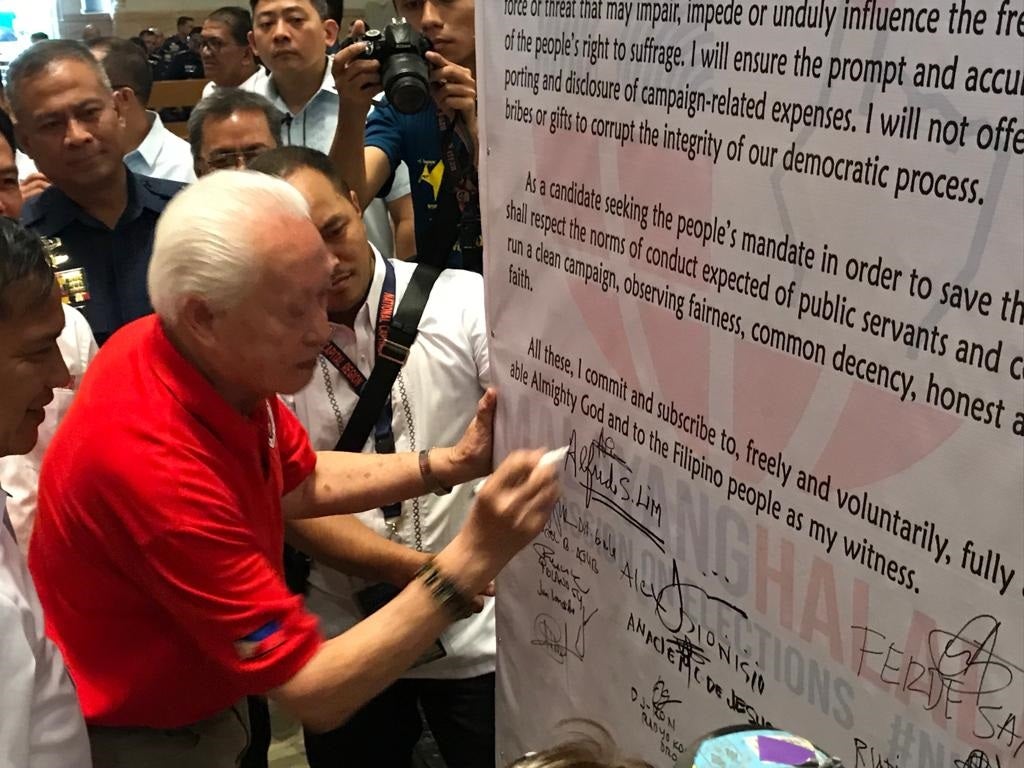 Former mayor Alfredo Lim signs the covenant for honest and peaceful elections in Manila as he again seeks the mayoral position in May. INQUIRER.NET / FAYE ORELLANA

He wished that “no candidate will give unruly influence to the exercise of the rights of our people to suffrage [and] that our candidates would abide by the rules and laws.”

Danao nevertheless vowed that his men would be vigilant to ensure honest and peaceful elections.

Monsignor Hernando “Ding” Coronel, rector of the Minor Basilica of the Black Nazarene, asked God’s blessing for the political exercise.

The campaign period for local elections started last Friday, March 29, while Election Day is set on May 13, 2019. /cbb