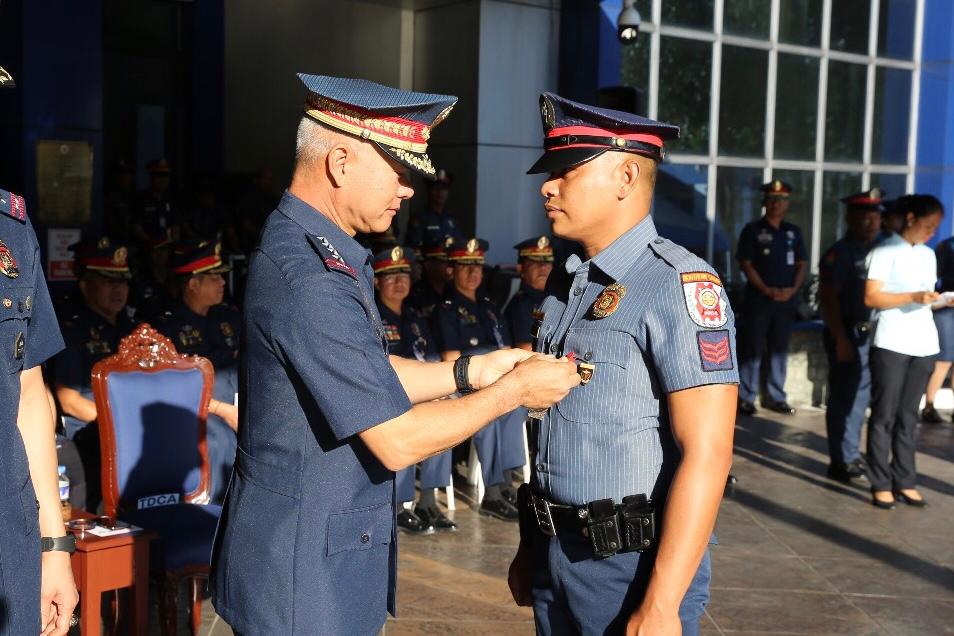 PNP chief General Oscar Albayalde awards the Heroism Medal to one of the 18 officers of the Victoria Municipal Police who successfully defended their station to around 50 NPA rebels in Northern Samar. Photo from PNP

A separate ceremony will be held to confer the same medals to 13 other officers, who were on duty at the time of the awarding.

Apart from Alo, the other policemen conferred the award were:

Gordo and Cabacang also received  the Wounded Personnel Medal (Medalya ng Sugatang Magiting) for sustaining injuries during the defense of their station.

Around 50 NPA rebels attacked the Victoria Municipal Police Station before dawn on March 28 but the police learned of the attack beforehand and positioned themselves on the rooftop of the building, which PNP chief General Oscar Abayalde praised as a good vantage point in a firefight.

The clash led to the death of three NPA rebels and the arrest of one of their members. /cbb