Drilon: Narcolist should not be released until cases are filed 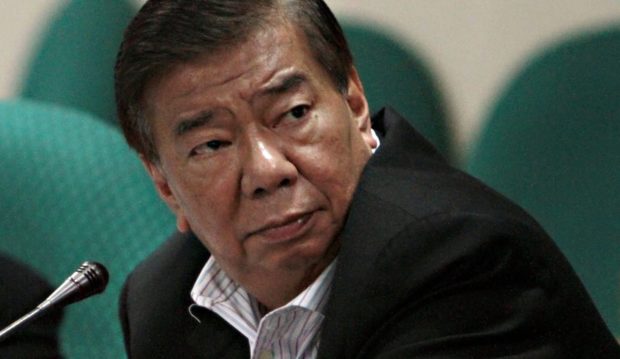 MANILA, Philippines — Senate Minority Leader Franklin M. Drilon on Sunday said that the Duterte administration’s narcolist should not be released until proper cases, supported by evidence, have been filed.

“For me, a case must be filed first. Once a case has been filed before the Ombudsman or fiscal, then we can release the list,” Drilon, speaking in Filipino, said in an interview with AM radio station DZBB. “Do not release the list without evidence. It’s too risky.”

Drilon added that the May 2019 midterm elections should serve as another reason for not releasing the list.

Drilon clarified, however, that his stand against the release of the list should not be taken to mean that was not supporting the administration’s campaign against illegal drugs.

“Drugs is indeed a big problem. But our means to solve it must be within the grounds of the Constitution,” Drilon said. /atm