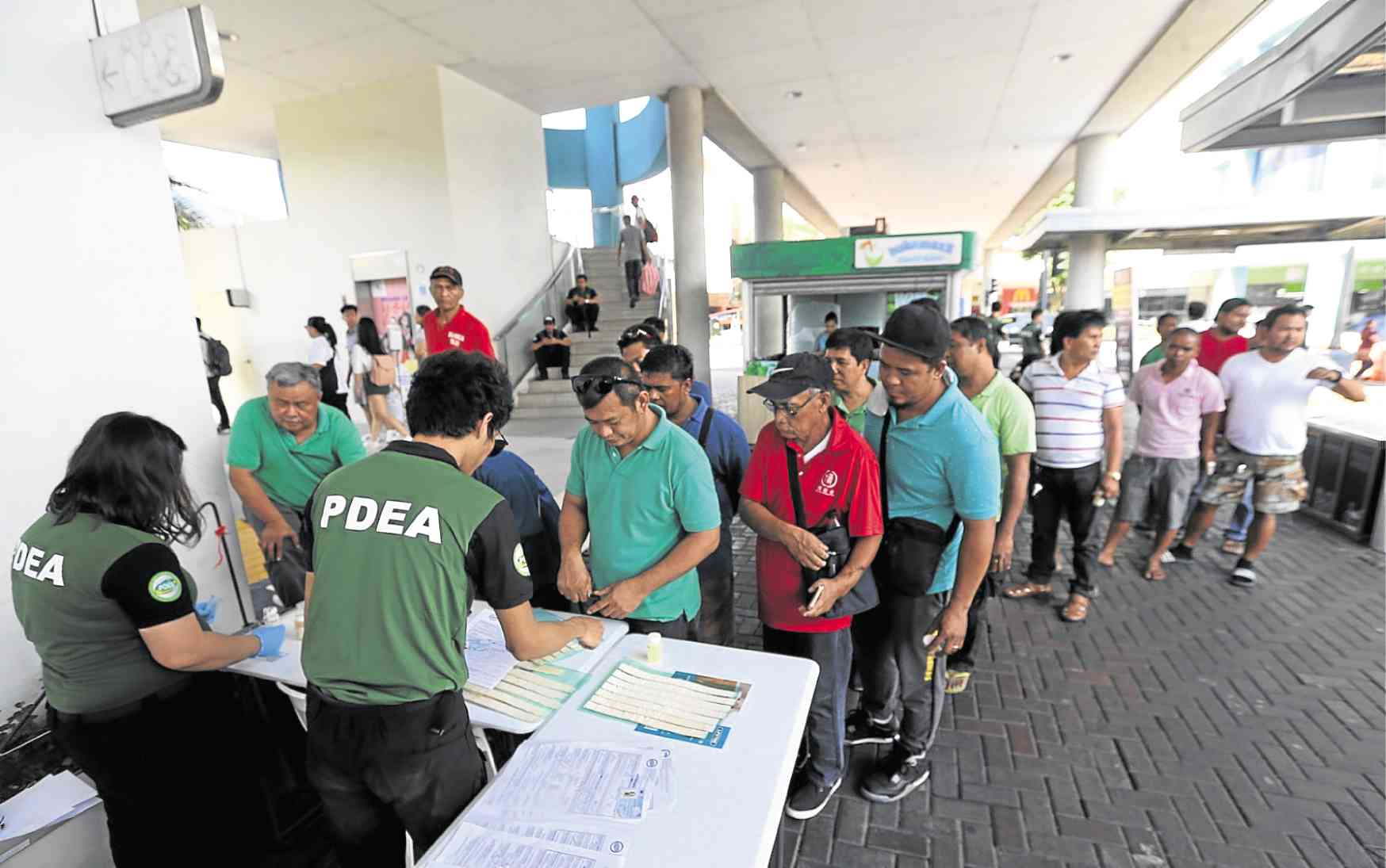 Malacañang on Friday said the Dangerous Drugs Board (DDB) had an accurate picture of the illegal drugs situation in the country as well the number of narcotics users.

Presidential spokesperson Salvador Panelo said it was the DDB’s job to come up with the number of people hooked on drugs and that it was a matter of asking the agency to release the data.

“I suppose we already have a probe on that. And that is part of the job of the DDB. They’re supposed to receive information coming from the Philippine Drug Enforcement Agency (PDEA), from the Philippine National Police,” Panelo said at a press briefing.

He was reacting to Sen. Panfilo Lacson’s call to the DDB to proceed with its proposed survey to determine the size of the narcotics-using population in the country.

Lacson made the appeal after President Duterte said the illegal drugs problem had “worsened” amid the recent huge seizures of “shabu” (crystal meth) and cocaine by law enforcement agencies.

Panelo said the President was fully aware of the extent of the narcotics problem.

“Definitely, considering that he is the President of the country. He has unlimited sources coming from within and without,” he said.

PDEA Director General Aaron Aquino on Friday said he was content with the President’s estimates.

“We can do a survey, but it would be difficult … [T]he President already said that there are 7 to 8 million drug users now. And he is right, based on the number of surrenderers, seizures of drugs, the number of arrests and barangays cleared,” he said.

On Friday, the PDEA, in coordination with transport agencies and local governments, conducted simultaneous surprise drug tests on drivers in 49 public transport associations and terminals nationwide under a program called “Oplan Harabas.”

According to Robert Valera, chief of the Land Transportation Office Field Enforcement Division, the mandatory random drug testing is authorized by the Anti-Drunk and Drugged Driving Act of 2013.

Refusal to undergo the test without valid reason can cause the revocation of one’s driver’s license, he said.

If the drug results turn up positive, the license will be revoked, Valera said.

“The safety of the riding public is our primary concern,” Aquino said in an interview at SM Mall of Asia public utility vehicle (PUV) terminal.

The PDEA chief said that since 2013, 11,609 PUV workers—mostly bus drivers—had been arrested for drug violations.

“The problem is the side effects, so we get big accidents on the road,” he said. —REPORTS FROM JULIE M. AURELIO AND JAYMEE T. GAMIL