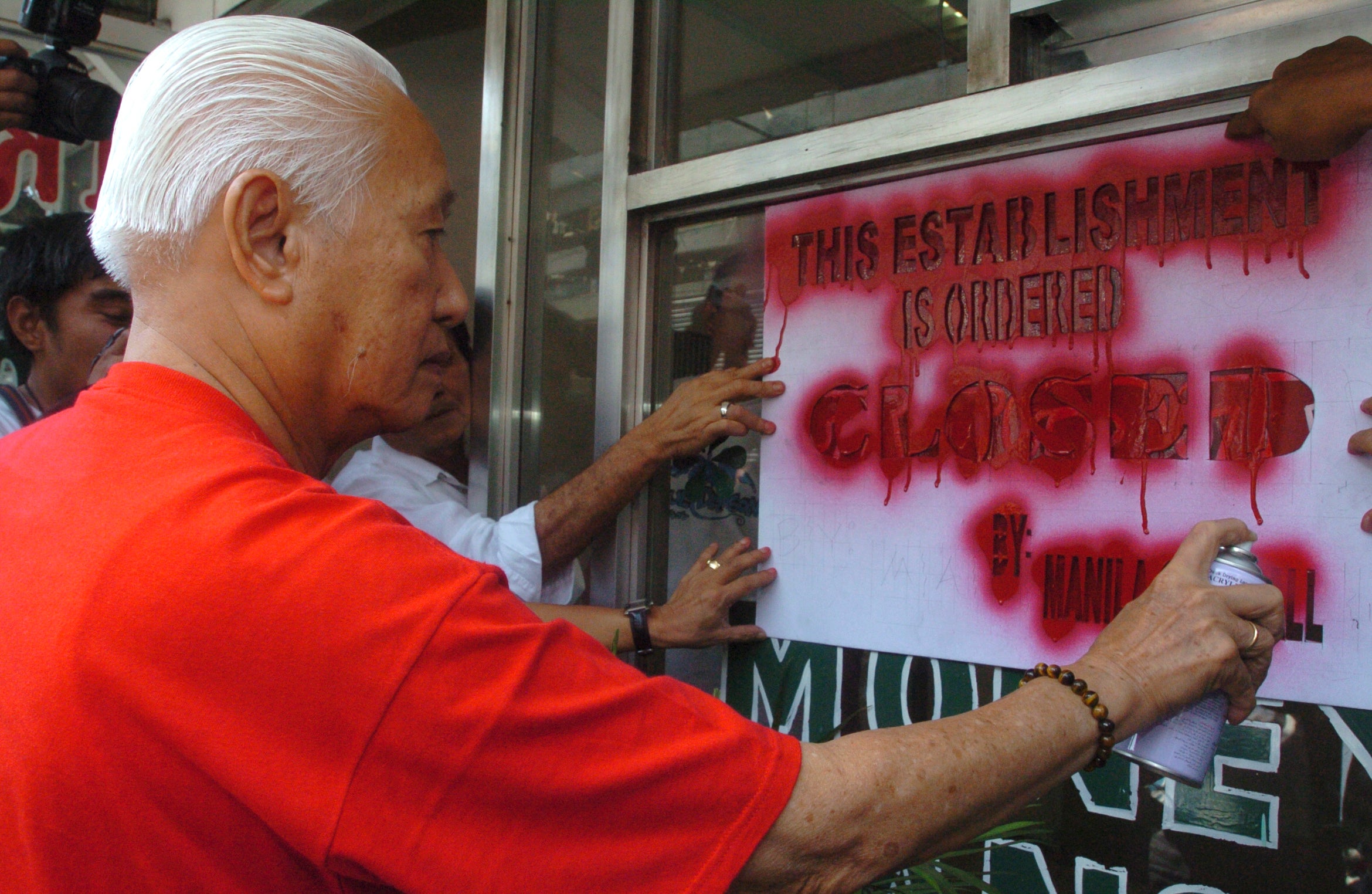 SHAME CAMPAIGN When he was Manila mayor, Alfredo Lim started a spray-painting drive meant to shame drug pushers and users. His mantra at the time was: “The law applies to all or none at all.” —INQUIRER FILE PHOTO

MANILA, Philippines — When Alfredo Lim was asked Friday who among his rivals for the Manila mayoralty post would be his closest competitor, he only had one thing to say: “Wala sila sa‘kin.”

Lim, who is aspiring to become Manila’s top executive again, is on a three-way fight with incumbent Manila Mayor Joseph Estrada and former vice mayor Isko Moreno in the May 13 elections.

The 89-year-old mayoral candidate was also a former Manila police chief, National Bureau of Investigation director, and senator. He earned the moniker “Dirty Harry” for his tough campaign against illegal drugs and criminality in the nation’s capital city.

Lim said he is confident about his chances of winning because he still feels the warmth of Manila residents.

He noted he will not engage in negative campaigning against his rivals. Lim urged his supporters to carefully scrutinize candidates.

INQUIRER.net is trying to reach Moreno and Estrada for their reaction on Lim’s remarks, as of this posting. /kga