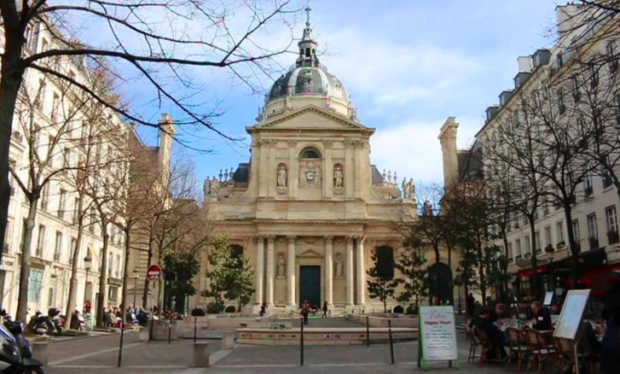 A theater production promoted with a photo showing actors wearing dark brown makeup has given France’s esteemed Sorbonne University its own version of the blackface scandals that chastened politicians in the United States and luxury fashion companies in Italy.

The Representative Council of Black Associations, a leading anti-racism group, called the Sorbonne production “colonial propaganda.” The group, known by its French acronym CRAN, invited the team behind the play to launch a “common reflection on blackface” to avoid future tensions.

The producers of the Sorbonne production said the costumes followed the classical technique of using contrasting shades to differentiate ancient Greek and Egyptian characters, a design method in ancient times to help spectators seated far away tell characters apart.

But the director, respected Hellenist Philippe Brunet, said artistic intentions were “misinterpreted” as racist ones. He said no blackface was employed in the staging of the play and argued that it was France’s prized freedom of expression under attack.

“Blackface — to be painted black to make fun of black people — is a practice that we condemn with the greatest of firmness,” Brunet told Le Monde newspaper. “We are facing a form of radicalization that opens a very dangerous gap for freedom of expression, for art as a whole.”

A photo on the Sorbonne website that showed actors with their faces and other exposed skin painted dark brown. It’s unclear if the makeup would have been used in the actual production itself. The photo has since been removed.

Brunet told Le Monde he planned to replace the black masks that offended anti-racism activists with golden ones, but didn’t get a chance to.

France’s culture and higher education ministers were quick to throw their support behind Brunet and the university, bringing them criticism as well.

In a joint statement Wednesday, Minister of Higher Education Frederique Vidal and Minister of Culture Franck Riester said they “strongly condemn this unprecedented attack on freedom of expression.”

The Sorbonne play was “faithful to the ancient theatrical practices, namely by actresses and actors wearing white masks and black masks as they were at the time,” they said.

Blackface caricatures, first popularized in 19th century minstrel shows put on my actors who painted their faces black while portraying African characters appearing ridiculous, attracted renewed attention in the United States recently after the governor of Virginia and his attorney general were made to answer for incidents from their college days in the 1980s.