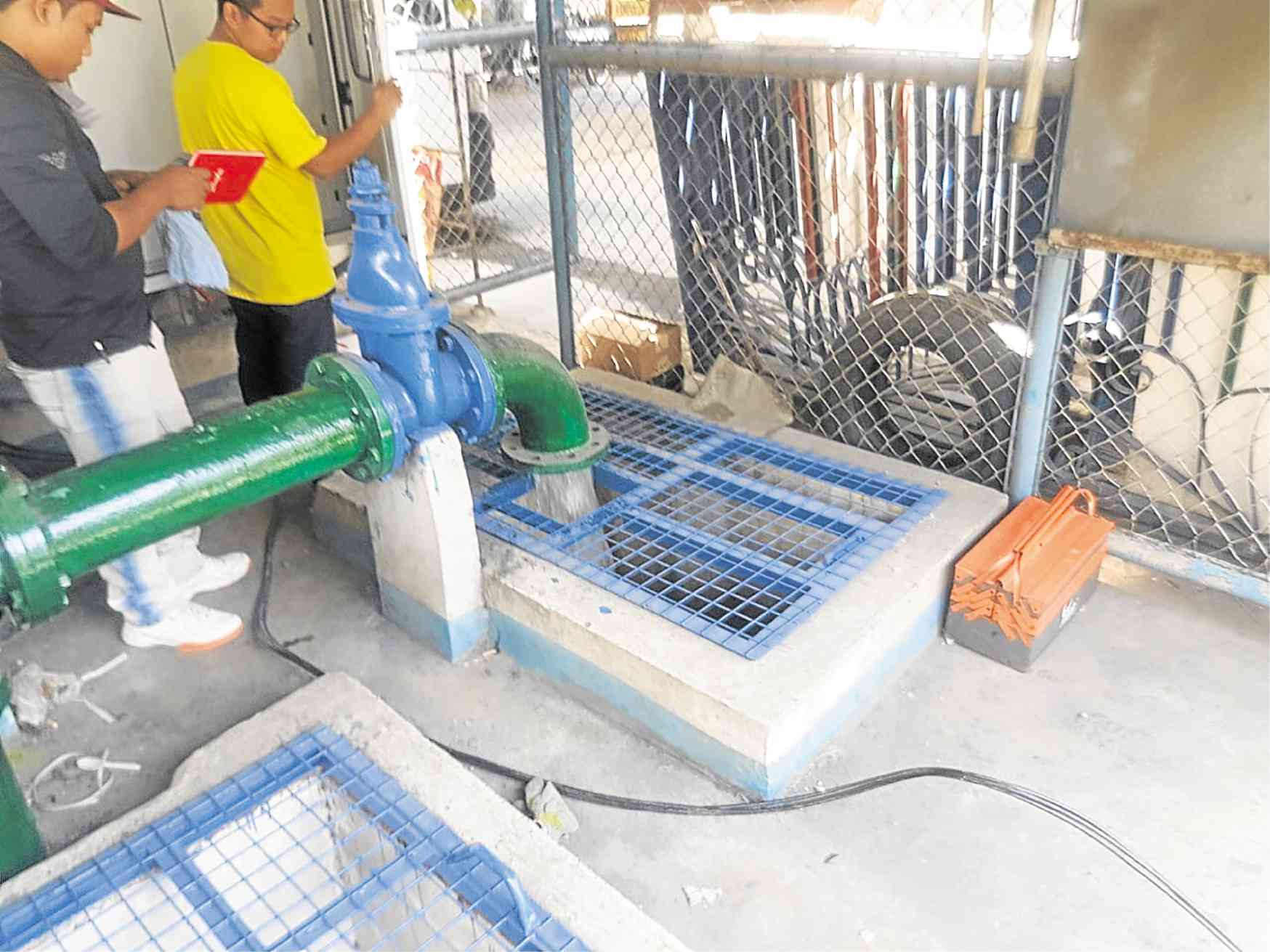 DEEP WELL IN ANTIPOLO CITY The National Water Resources Board has allowed Manila Water to reopen deep wells that have been ordered closed and to drill new ones to help ease water shortage in Metro Manila. —PHOTO COURTESY OF MANILA WATER

In a statement, the Ayala group subsidiary said additional deep wells were expected to further augment supply in the coming months.

Amid a backlash from customers and possible penalties, the company offered to waive bills of customers for March 6-31. The Zobel brothers of the Ayala group of companies issued a public apology for the supply shortage.

To help ease the supply deficit, Manila Water earlier asked the National Water Resources Board (NWRB) to reopen deep wells that had been ordered closed and to drill new ones. The NWRB regulates the use of underground water.

Drawing huge amounts of water beneath the earth’s surface results in ground subsidence, a phenomenon that has affected many urban areas in the country, including Metro Manila, making them more susceptible to flooding.

“We have approved 100 deep wells for Manila Water and they are expected to provide an average of one MLD each,” NWRB Executive Director Sevillo David said in an interview.

David said the reopening of the wells was temporary. These need to be closed after some time to allow their underground reservoir to be replenished naturally, he pointed out.

Before the activation of the 13 new deep wells, Manila Water said it was able to draw more than 9 MLD from five deep wells in Curayao, Rodriguez, Rizal.

“It is expected that at least 30 MLD from more deep wells will be able to augment supply by the end of March,” Manila Water said.

As of Thursday, the company had reduced its supply deficit by one-third to 100 MLD.

Aside from the wells, more water has been coming from the Cardona Water Treatment Plant in Rizal and from Maynilad Water Services Inc.

The 100-MLD Cardona plant, which filters water from Laguna Lake, is currently providing 23 MLD. It is expected to be operating at full capacity by August.

Maynilad has committed to share with Manila Water up to 50 MLD from a newly energized facility in Putatan, Muntinlupa City—its second plant in that location. The Putatan facility filters water from Laguna Lake.

Maynilad is expected to provide the full 50 MLD by June.

Water is now available for eight to 12 hours—at ground floor level—in 97 percent of its concession area in Metro Manila and parts of Rizal, according to Manila Water.

Company president Ferdinand dela Cruz said only eight barangays were still severely affected by the shortage, down from 61 barangays in early March.

“Our supply deficit (has gone) down, but there are still small pockets (of severely affected areas), sitios or streets with intermittent no-water situations resulting from operational adjustments and pressure management,” Dela Cruz said.