In Cebu sortie, Noy’s allies nowhere to be seen 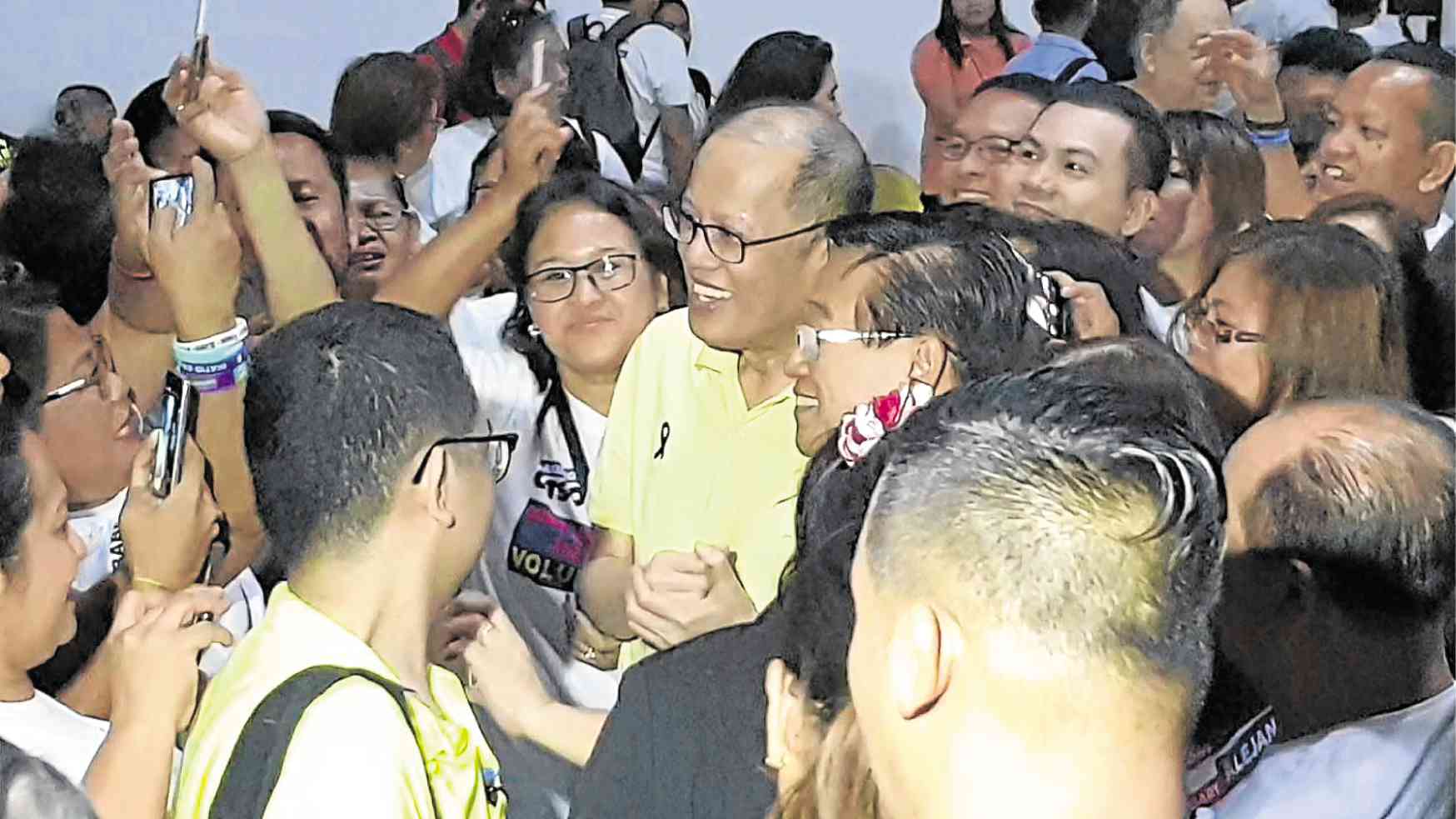 CEBU CITY, Philippines — Former President Benigno Aquino III went to Cebu City for his first political gathering in Cebu, the province that gave him the presidency in 2010, but his political allies were noticeably absent during a campaign rally for the opposition’s senatorial candidates.

In what was dubbed “Gathering of Allies,” none of the local officials who supported Aquino showed up at IEC Convention Center on Tuesday night. Even Gov. Hilario Davide III and Cebu City Mayor Tomas Osmeña, who were his closest local allies, were not present in the rally for Otso Diretso’s candidates.

But Davide, who is running for vice governor, had a private meeting with Aquino late Tuesday night, according to the provincial capitol’s information officer, Ainjeliz dela Torre.

Osmeña, who is seeking reelection, was reportedly holding a community dialog with members of his slate in one of the villages in the city.

Osmeña supported Aquino’s presidential bid in 2010. He also supported Mar Roxas’ candidacy for President in 2016, under the Liberal Party.

Among those who showed up in Tuesday’s rally here was former Councilor Alvin Dizon, who is running for councilor under Osmeña’s local party, Bando Osmeña Pundok Kauswagan (BOPK).

Francisco “Bimbo” Fernandez, the mayor’s executive assistant, was also in the gathering and was introduced as former interior undersecretary.

Asked why the other members of the BOPK slate were not in the gathering, Dizon, in a text message, said: “I cannot speak on behalf of BOPK. I went there because I share the same advocacy with some of the candidates of Otso Diretso.”

“I was there on my own volition,” said Dizon, who is allied with Akbayan. “Close to 300 of my supporters from different urban poor communities attended [the rally].”

Most of the 500 people who showed up in the rally were members of Akbayan.

If Aquino was disappointed with the disappearance of his allies during his Cebu visit, he didn’t show it.

He asked his audience to make the May election a “protest vote” against the policies of the Duterte administration.

If the people wanted to end the killings, Chinese encroachment on Philippine waters, high cost of commodities, among others, then they should vote for opposition candidates as a form of protest.

“We must remember that the posts that these officials are occupying are just lent by the people,” he said in Filipino.

Aquino said the problem on China was nothing new because he also experienced this when he was President.