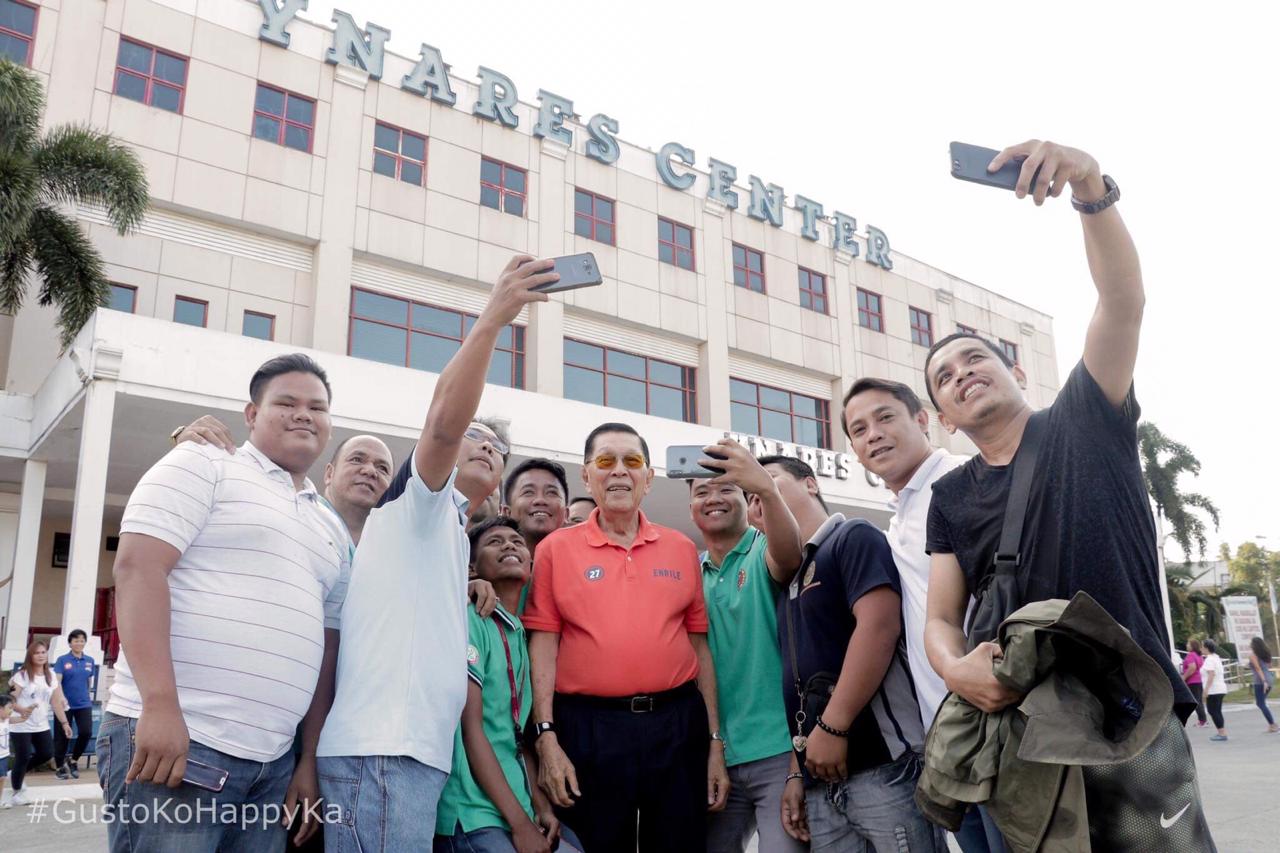 Partido ng Masang Pilipino senatorial candidate and former Senate President Juan Ponce Enrile poses for a selfie with Antipolo folk during his sortie in the city.

MANILA, Philippines – Partido ng Masang Pilipino senatorial candidate and former Senate President Juan Ponce Enrile rallied “suman” and “kasuy vendors and other local supporters in Antipolo on Thursday during his campaign in the city that is known for its art galleries, a waterfall and native Filipino delicacies.

Enrile, who has served for four terms in the Senate, started his sortie at the Ynares Gym and then proceeded to the provincial capitol for a courtesy call with former Gov. Ito Ynares and Mayor Jun Ynares.

The 95-year-old veteran lawmaker then hopped on his motorcade to greet supporters around the city and down to Cogeo via Sumulong Highway.

Enrile dropped by the kasuy and suman vendors along the highway to Cogeo where he was warmly welcomed as well by motorists buying “pasalubong.” 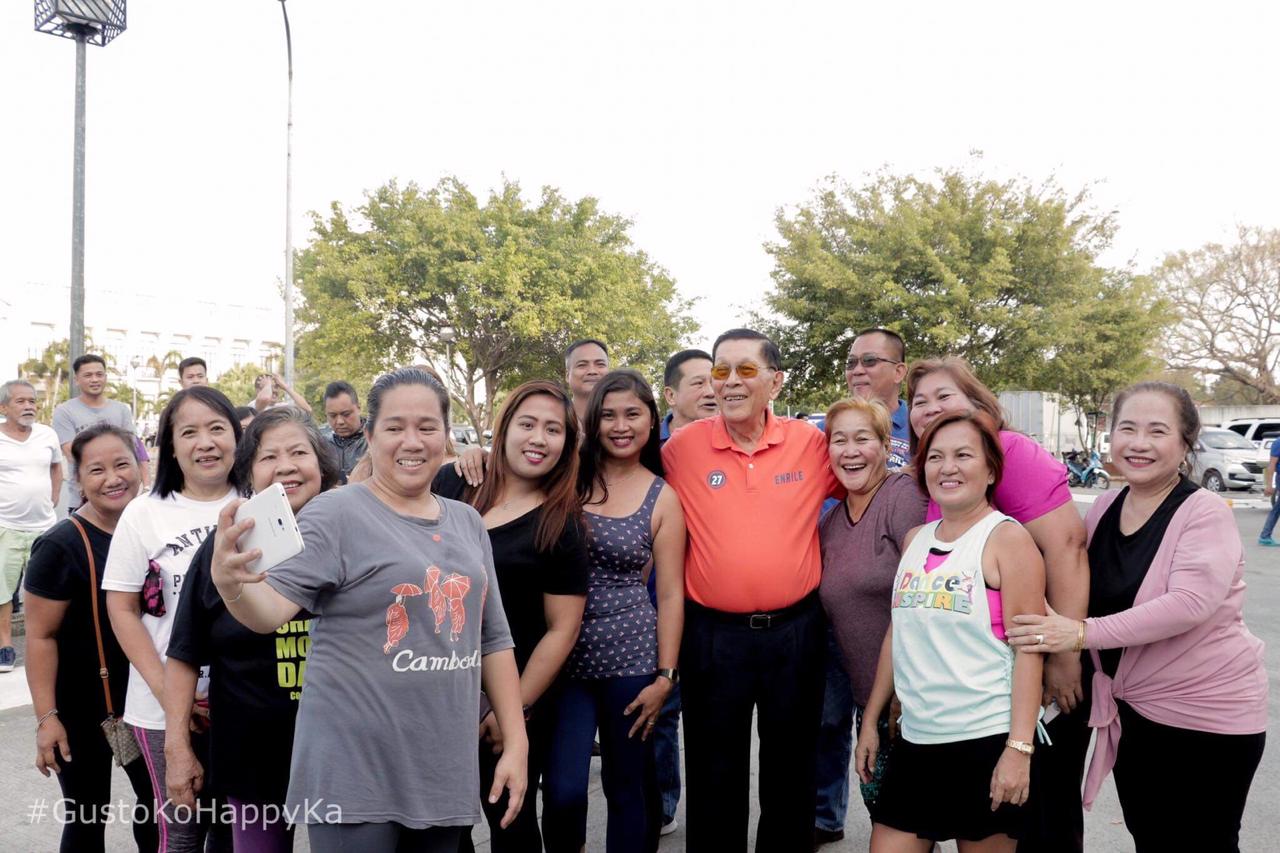 Aside from their smiles and waves of support, Enrile was also inundated with laments from voters on the ongoing shortage in the water supply.

Antipolo is part of Manila Water’s concession area which is now in a water crisis.

The former Senate president, now seeking a fresh six-year term, empathized with the vendors even as he joined lawmakers in calling for a probe into the alleged mismanagement by the water concessionaire that led to the water shortage. 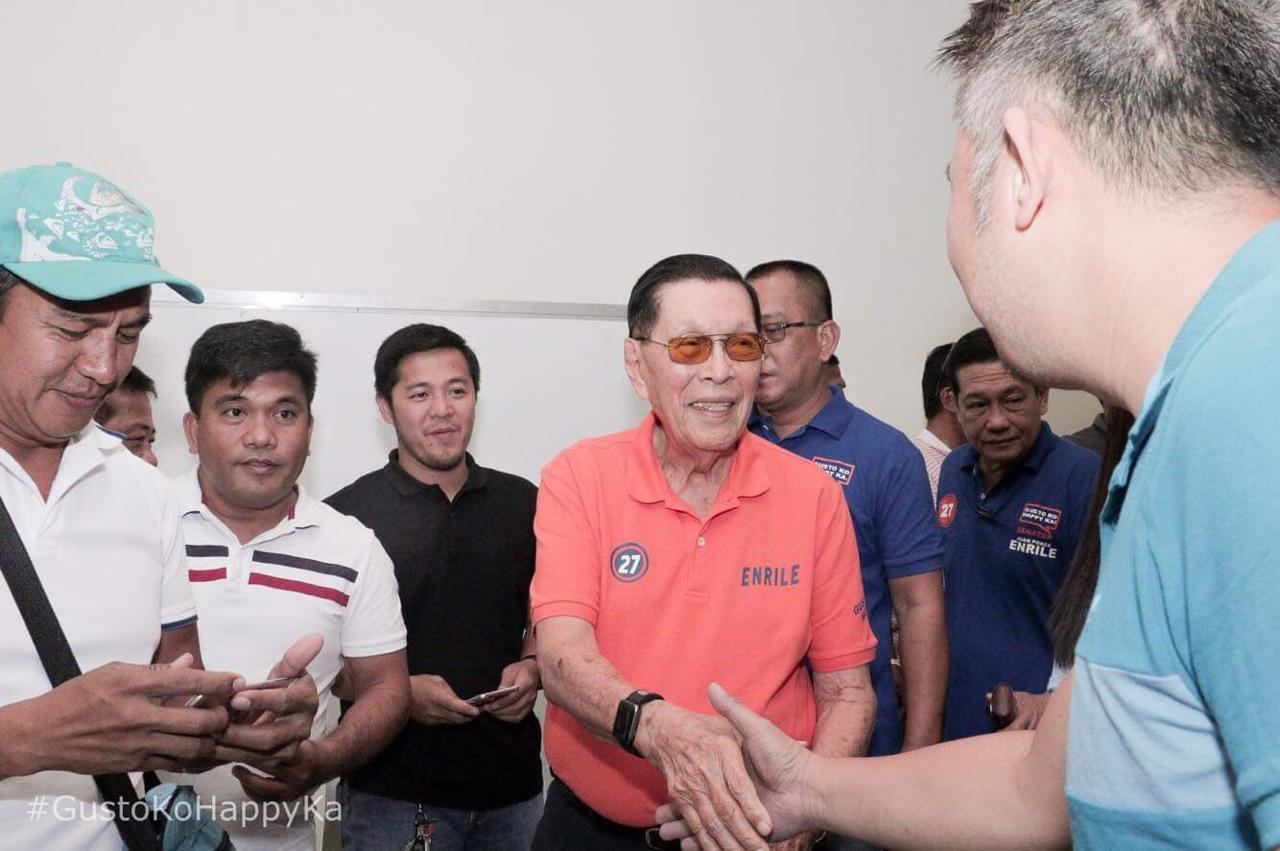 Lawmakers from the Lower House are set to conduct an inquiry into the water crisis on March 18.

Quezon City Rep. Winnie Castelo, chairman of the House Committee on Metro Manila Development will join Housing Committee Chairman Rep. Albee Benitez in probing the water shortage and the possible solutions to it.

For his part, Enrile also took to task the National Water Resources Board (NWRB) to call on them to seek more sources of water supply for the growing number of Filipinos living in the greater Metro Manila area.