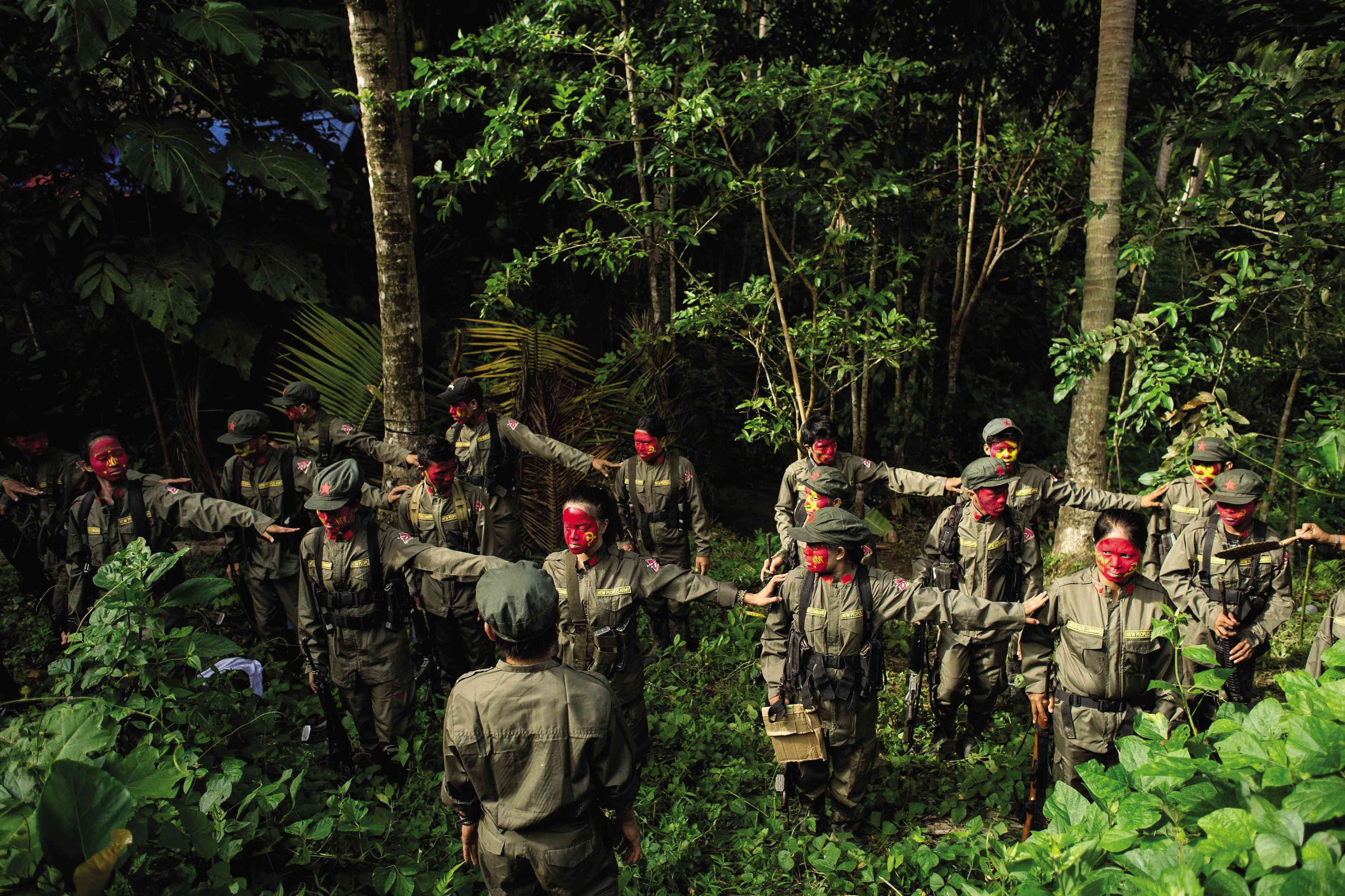 STAYING POWER New People’s Army guerrillas stand in formation at their camp in the Sierra Madre mountain range in this photo taken on July 30, 2017. The NPA’s staying power and deadly reach are rooted in the Philippines’ deep poverty and the group’s ability to raise large sums of money. —AFP

MANILA, Philippines – The Philippine National Police (PNP) said Thursday that the attack carried out by members of the New People’s Army (NPA) at a police station in Northern Samar could be part of the rebel group’s activities in the run-up to its 50th anniversary on March 29.

Two policemen were injured while three suspected NPA members were killed after they attacked the Victoria municipal police station before dawn Thursday. An NPA rebel was also captured following the attack.

(We see that this is connected to the group’s annivdersary. This is part of their activities every time their anniversary comes.)

(We are anyway on alert. We know this would happen so all police stations nationwide are prepared against such attempts.)

The PNP spokesperson said around 50 NPA rebels attacked the Northern Samar police station, which was manned by 15 police officers including the station chief.

He added the encounter lasted for almost three hours, after which police forces were able to successfully defend the station.

Meanwhile, Banac said the arrested NPA rebel is currently detained and is facing charges of illegal possession of firearms and violation of the Election Omnibus Code.

PNP forces in Northern Samar were also directed to pursue the rebels that were able to escape, he said.

Banac said the two injured policemen are currently at a hospital, recuperating. /kga