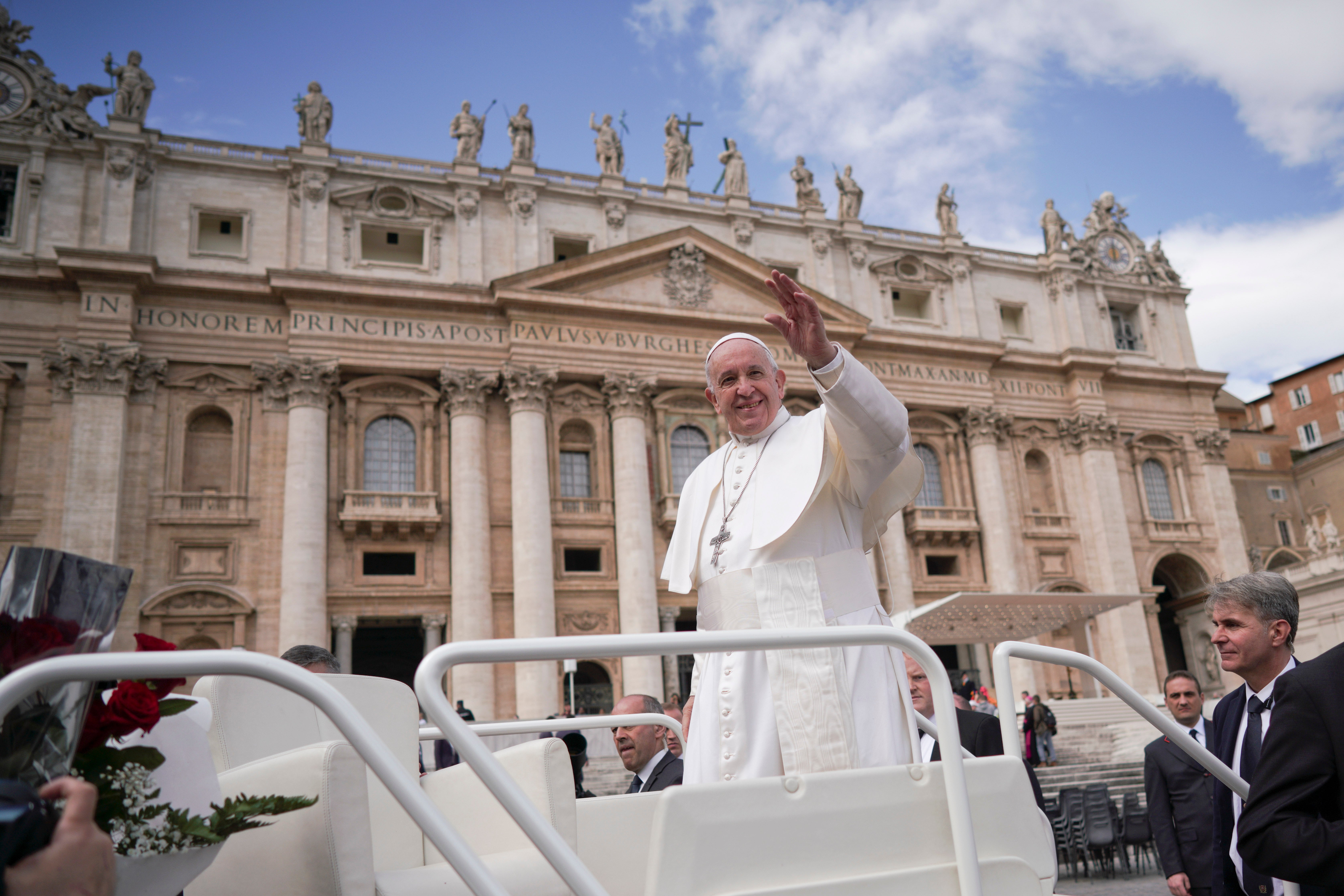 Pope Francis leaves at the end of his weekly general audience, in St. Peter’s Square, at the Vatican, Wednesday, March 27, 2019. (AP Photo/Andrew Medichini)

The Vatican said that during the September 4-10 visit, Pope Francis will visit the capitals Maputo in Mozambique, Antananarivo in Madagascar, and Port Louis in Mauritius.

In a national address, Mozambican President Filipe Nyusi said his country invited Pope Francis last year and that the pontiff accepted “in principle, as long as his health allowed.”

This will be the second papal visit to the southern African nation since John Paul II visited 30 years ago, helping the country on a path to peace and reconciliation, Nyusi said.

Now, the country is trying to recover from a devastating cyclone earlier this month that the president has said may have killed as many as 1,000 people. Authorities on Wednesday announced the first confirmed cases of cholera, complicating response efforts for nearly 2 million people that the United Nations said are in urgent need of aid.

“The Pope’s visit to our country encourages us to proceed with determination to overcome our everyday problems,” Nyusi said. “We hope this visit acts as a moment of inspiration and encouragement in the Mozambicans’ struggle to … rebuild a prosperous, united and peaceful nation.”

The Indian Ocean island nation of Madagascar is one of the world’s poorest countries, according to the World Bank, with more than two-thirds of its 25 million people living in extreme poverty.

The tiny Indian Ocean island nation of Mauritius is one of Africa’s richest countries based on per capita income, and it is seen as one of the continent’s most stable nations. /kga