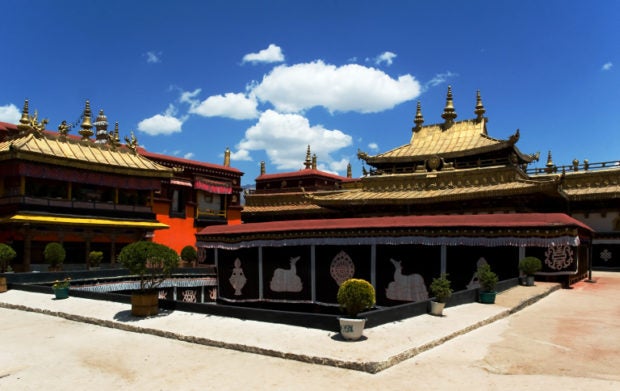 BEIJING — Chinese officials responsible for Tibet praised development in the Himalayan region in the 60 years since the suppression of an uprising against Beijing’s rule.

The remarks Wednesday and an accompanying report by China’s Cabinet follow a disclosure from the U.S. this week that American diplomats and officials have been impeded on visits to the region and journalists curbed from making independent assessments of people’s lives there.

Tibet’s executive vice governor Norbu Dondrup reviewed gains in the economy, health care and education since 1959 and castigated the self-declared government-in-exile established by Buddhist leader the Dalai Lama as illegitimate.

The now-83-year-old Dalai Lama fled to India after the uprising was suppressed.

Dondrup denied Tibet’s traditional culture and religion were being suppressed but said China would act against “foreign intervention.”

He also denied there was any significant support for Tibet as a separate political entity saying, “The issue of Tibetan independence does not exist.”

China insists Tibet has been part of its territory for centuries, but many Tibetans say they were essentially independent before the People’s Liberation Army’s battled its way into the Himalayan region in 1950.

Smothering security appears to largely be keeping the peace, but since 2009, more than 150 Tibetan monks, nuns and laypeople have set themselves on fire in protests against Chinese rule.

Such acts appear to have subsided, but the travel ban on foreign media and rights groups make it impossible to confirm reported self-immolations or conditions in Tibetan Buddhist religious institutions that have long been hotbeds of anti-government sentiment.

Despite China’s travel restrictions in Tibet, Dondrup repeatedly emphasized that journalists must travel to the region to see for themselves the conditions there.

The U.S. State Department issued a report on Monday saying China’s government “systematically impeded travel” to Tibet and Tibetan areas outside the official Tibetan Autonomous Region for U.S. diplomats and officials, journalists, and tourists in 2018.

Attempts to visit Tibet by diplomats, including the U.S. ambassador, are frequently rebuffed, and in its report, the State Department said China denied five of nine requests made by U.S. officials last year.

On the visits that were approved, Chinese security personnel followed the diplomats closely and blocked access to certain areas even outside the Tibetan Autonomous Region, the report said.

On one occasion in 2017, an employee of the U.S. Consulate General in the city of Chengdu on the edge of the Tibetan Plateau was required to visit a Chinese government official’s residence before dawn to retrieve written permission to visit Tibet, the report said.

Numerous reports say Tibetans are required to obtain far more approvals for documents and permission to travel than non-Tibetan Chinese and can be denied accommodation and employment.

Beijing routinely denies claims of Tibetans having fewer rights than other Chinese while emphasizing the positive impact Chinese rule has had on living standards and denigrating the Dalai Lama and Buddhist religious rule.

The report from China’s Cabinet that was released at the news conference accused the Dalai Lama and Tibet’s former ruling class of maintaining a system of “feudal serfdom under theocracy.”

“Millions of serfs were subjected to cruel exploitation and oppression until democratic reform in 1959,” the report said.

“Strict mind control in the name of religion,” was one form of suppression, the report added. / gsg