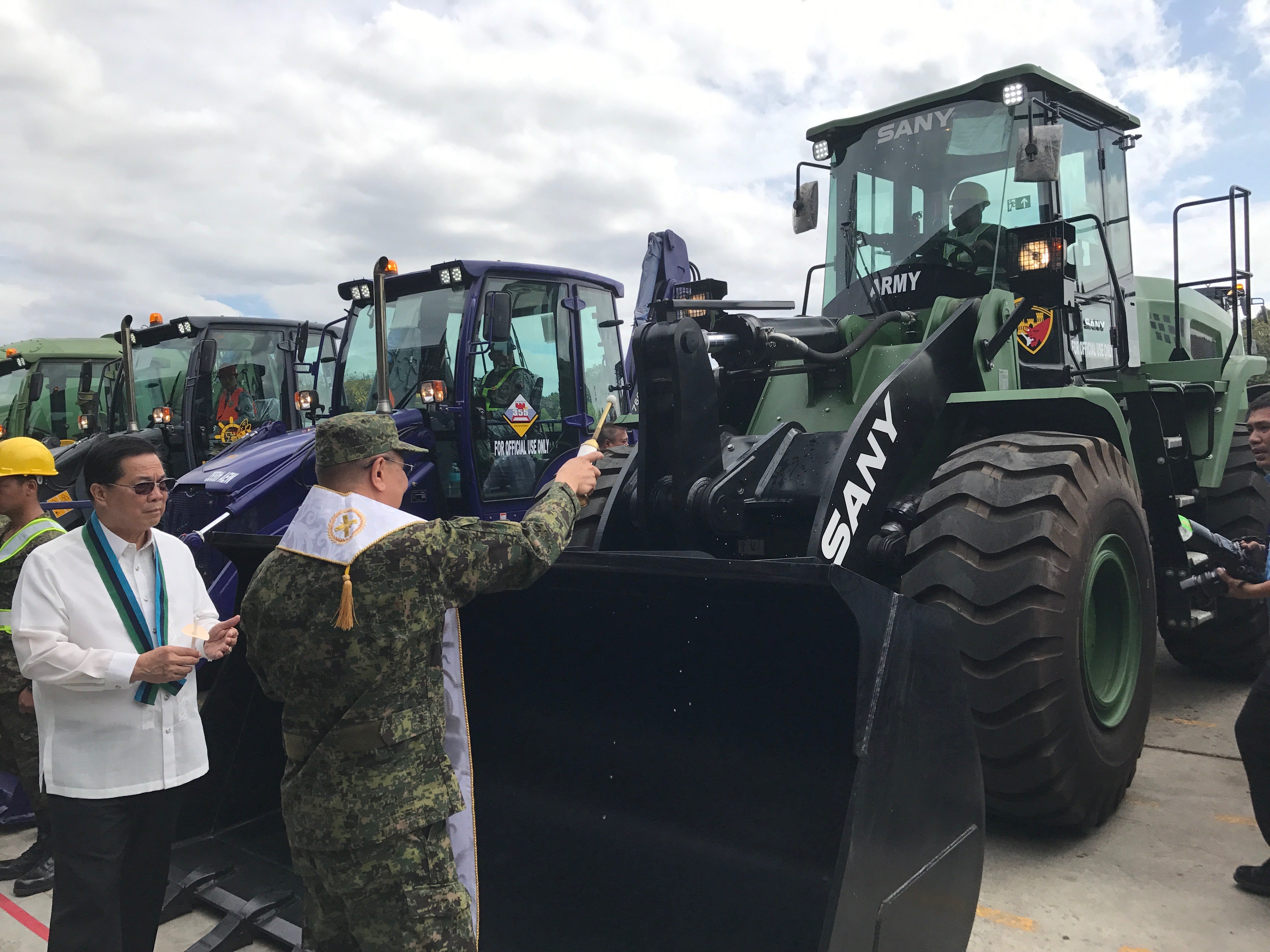 MANILA, Philippines — The Armed Forces of the Philippines has acquired P1.5 billion of engineering equipment from China intended for the rehabilitation of Marawi City.

A symbolic handover was held at Camp Aguinaldo on Wednesday. The equipment from Polytechnologies of the People’s Republic of China were acquired through a government-to-government deal, one of the first projects implemented for the Horizon 2 program.

NOW: Symbolic handover of 248 units of engineering equipment for the rehab of Marawi. The P1.5B project was acquired through a government-to-government deal with China under the Horizon 2 of the AFP modernization program. pic.twitter.com/sQhikCfwsr

Department of National Defense Undersecretary Cardozo Luna said the acquisition was a result of the improving ties with China.

“We can develop a good relationship with out neighbors, with other countries, setting aside differences dahil hindi naman iisa lang ang linya ng relationship natin,” he told reporters.

Relations of the Philippines and China have become closer under President Rodrigo Duterte. He set aside the 2016 arbitral ruling on the South China Sea in exchange for warmer ties and investments from China.

Luna made clear that the equipment procurement went through a process with China emerging as the best option.