Cop slain on Edsa was on drugs watchlist — PNP chief 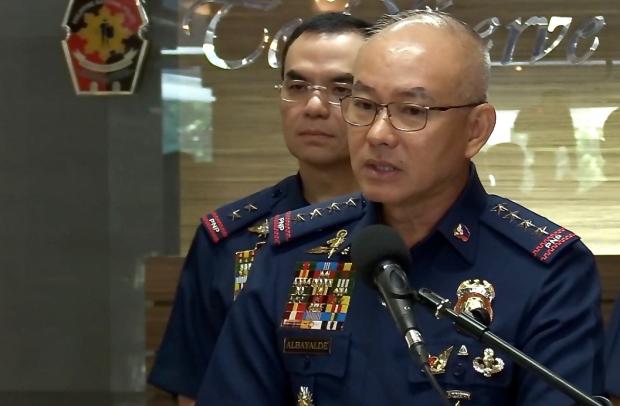 (He was on the PRRD list before. But the motive on the shooting incident is still not clear. It’s still being investigated.)

Albayalde was referring to Police Senior Master Sergeant Solomon Cugay, who was on a motorcycle when he was shot at about 3:30 p.m. on Tuesday (March 26), a few meters away from Camp Crame. Initial investigation showed that two motorcycle-riding gunmen killed Cugay, according to Colonel Ariel Fulo, chief of the San Juan City Police.

Albayalde said that Cugay was allegedly involved in coddling drug lords and recycling drugs in the past, but was not among the so-called “ninja cops,” which he said was almost an organized group within the PNP.

But Albayalde also said that Cugay had been cleared of involvement in illegal drugs, citing information from Eleazar that the slain policeman had not been monitored engaging in illegal activity since 2017.

“He was actually adjudicated before, but totoo ‘yun na nasa listahan siya [in the past] (but it’s true he was previously in the list),” Albayalde said.

He said that investigators were looking at Cugay’s alleged previous involvement in drugs as a possible motive for his killing.

(He might have offended someone or had a competitor before.)

Fulo said in a text message that the murder could also be linked to Cugay’s work as a policeman. He said a special investigation task group had been created to solve the case. /cbb