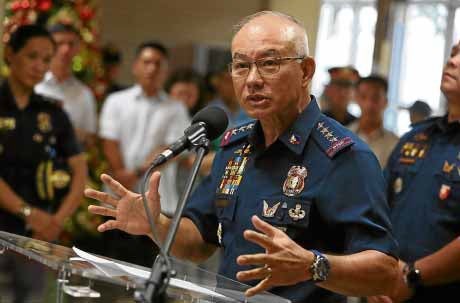 Albayalde said the PNP Directorate for Intelligence (DI) “automatically” investigates personalities being linked to illegal drugs even without a formal order from its superiors.

(Normally if there are cases like these, our intelligence operatives will automatically [conduct intelligence information gathering], and the DI will also be involved.)

Dismissed Police Col. Eduardo Acierto earlier claimed that Yang and another Chinese national Allan Lim, who is reportedly close to President Rodrigo Duterte, are involved in the illegal drug trade.

“May mga allegations si Acierto eh. In fact, as [he had] said meron siyang mga operations na sinasabi. We can start from there also. We will verify kung totoo yung mga operations niya or hindi,” Albayalde said.

(It’s because Acierto has allegations against Yang. In fact, as [he had] said he had conducted operations. We can start from there also. We will verify if his supposed operations are true or not.) /jpv