Duterte on 74th birthday: I just want to stay at home and sleep 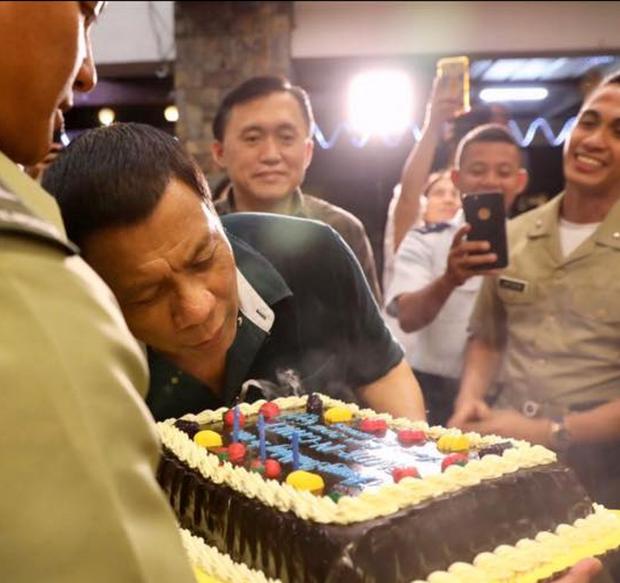 This file photo shows President Rodrigo Duterte blowing the candles on a birthday cake presented to him by members of the Philippine Military Academy Class of 2018. It was not clear when the photo was taken but it was shared by his special assistant, Christopher Go, on his Facebook page on Tuesday evening, March 27, 2018. (Photo courtesy of CHRISTOPHER GO)

MANILA, Philippines — President Rodrigo Duterte does not want any fanfare on his 74th birthday on Thursday, March 28.

He said he would just want to spend it at home sleeping.

“I really do not want to celebrate. I just want to stay at home and sleep, and if there is somebody welcome to me, it’s my children and grandchildren,” he said in a speech during the Partido Demokratiko Pilipino–Lakas ng Bayan (PDP-Laban) in South Cotabato.

In his previous birthdays, the President just stayed at his home in Davao City with his family.

READ: Duterte to mark 74th birthday at home on Thursday

In 2017, he marked his first birthday as President in Davao City.

In 2018, he also spent his birthday in his hometown city and welcomed well-wishers at home.