Palace: Acierto wants to ‘get back’ after being linked to drugs 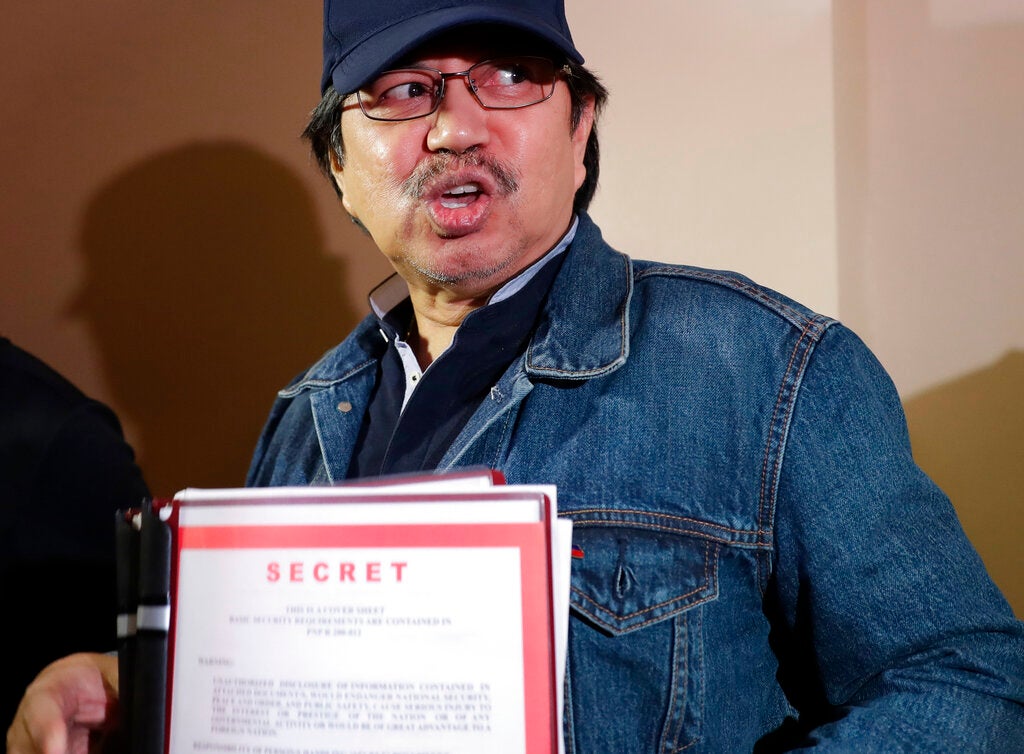 In this Sunday, March 24, 2019, photo, former Senior Superintendent Eduardo Acierto shows media a copy of the report he prepared alleging that a Chinese economic adviser of President Rodrigo Duterte was involved in illegal drugs. AP

MANILA, Philippines — Sacked Senior Supt. Eduardo Acierto “obviously” wants to get back at someone when he accused a Chinese economic adviser of President Rodrigo Duterte of involvement in illegal drugs, Malacañang said Tuesday.

Acierto, who went into hiding after he was tagged in the alleged smuggling of P11-billion worth of shabu into the country, resurfaced Sunday night and showed documents detailing the alleged drug links of Duterte adviser Michael Yang and another Chinese national Allan Lim.

“Obviously, the motive is since he’s (Acierto) been accused of involvement in drugs, he wants to get back. That’s why he’s pointing fingers to whomever,” Presidential Spokesperson Salvador Panelo said in a Palace briefing.

According to Acierto, he prepared a report about Yang and Lim in August 2017 and submitted it to Dela Rosa, Philippine Drug Enforcement Agency chief Aaron Aquino and Deputy Director General Camilo Cascolan.

He added that he gave out copies of the report to now PNP chief Oscar Albayalde and the office of Executive Secretary Salvador Medialdea to notify the President of his findings.

In October last year, Duterte cleared the Davao-based businessman of having links to the illegal drug trade.

“Let me repeat, this President will not tolerate anyone regardless of status or relationship with him if he’s involved in drugs. He will never allow it. He’s against it,” Panelo said.

The Palace official also said that charges would be filed against Yang if his supposed involvement in the illegal drugs was validated.

He also said that the President will treat Yang like any other drug personalities and “will go to the ends of the earth” to put him behind bars.

Panelo said Duterte would even “kill” Yang if he was indeed into illegal drugs. /cbb