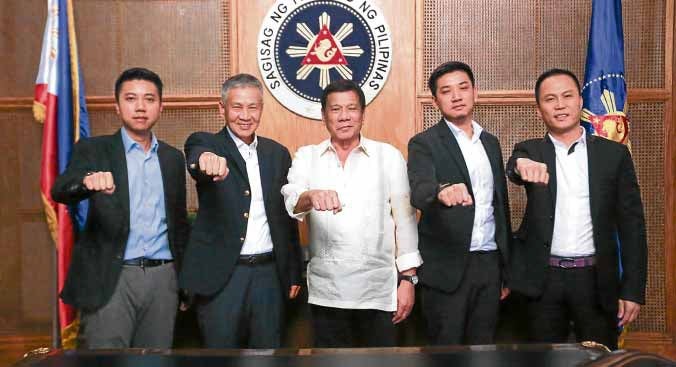 MANILA, Philippines – Malacañang on Monday maintained that Michael Yang, one of President Rodrigo Duterte’s economic advisers, was not involved in illegal drugs.

Acierto showed documents detailing the supposed links of Yang and another Chinese national Allan Lim to the narcotics trade.

“I think it was already clarified. Even the [Chinese] Ambassador [Zhao Jianhua] has cleared Michael Yang,” Panelo said in a Palace briefing.

“I don’t think Michael Yang was ever involved, otherwise he should be on the [drug] list or should be facing charges,” he added.

In October 2018, Duterte cleared Yang, a Davao-based businessman, of having links to the illegal drug trade.

READ: Palace: Michael Yang is one of Duterte’s consultants

Read Next
Mueller’s Russia probe report rules out criminal collusion
EDITORS' PICK
Gordon calls 2 Pharmally execs ‘Senate fugitives’ after no-show in probe
Legarda emphasizes role of ICC/IPs in nation building this IP month
Isko Moreno bares ‘two-pronged’ approach to rehabilitate MSMEs
NCR’s COVID-9 alert level may be downgraded from 3 to 2 soon — DOH
Climate Change Commission and Nestlé PH to discover sustainability-focused solutions
What’s at stake for every fighter at ONE: NextGen
MOST READ
Drivers with no traffic violations can now renew licenses for 10 years
LJ Reyes says Paolo Contis made ‘no efforts’ to talk to her after their split
Yang’s Princeton degree raises eyebrows among senators
Gordon to Duterte: You? Teaching me courtesy?
Don't miss out on the latest news and information.