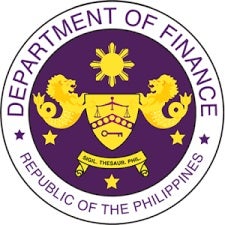 MANILA, Philippines — The Philippines will not waive any governmental assets in the loan agreement for the Chico River Pump Irrigation Project with China, a finance official clarified on Tuesday.

“Ang aming pananaw diyan, anything that has public use or public purpose… we did not waive at explicit yan sa loan agreement. Malinaw yung lenggwahe diyan,” he added.

However, Lambino explained that in a waiver of immunity, the Philippine government would not waive any of “our interest and assets.”

“Ang ating waiver of immunity, sabi natin sa loan agreement, we do not waive any of our interest and assets in three areas: diplomatic assets, meaning yung mga consular, embassy assets. Pangalawa, anything that has to do with defense, hindi po natin winaive. Pangatlo, anything that has to do with public use or public purpose or increasing the national wealth,” he said.

“Ibig sabihin niyan anything that is governmental hindi kasama. Ang maaari lang maging subject of arbitration — and again there is no assurance that the creditor country will get any of this… kailangan muna dumaan sa arbitration proceedings — ay ang tinatawag na … patrimonial assets,” he added.

Lambino explained that something that had no “stated public purpose or public use” is considered a patrimonial asset.

The Finance official further said that Carpio should clarify what his definition of patrimonial asset is.

Lambino also noted that it was Carpio himself who said, in a Supreme Court decision in 2002, that a property cannot be declared as a patrimonial asset unless declared by the state or the legislature.