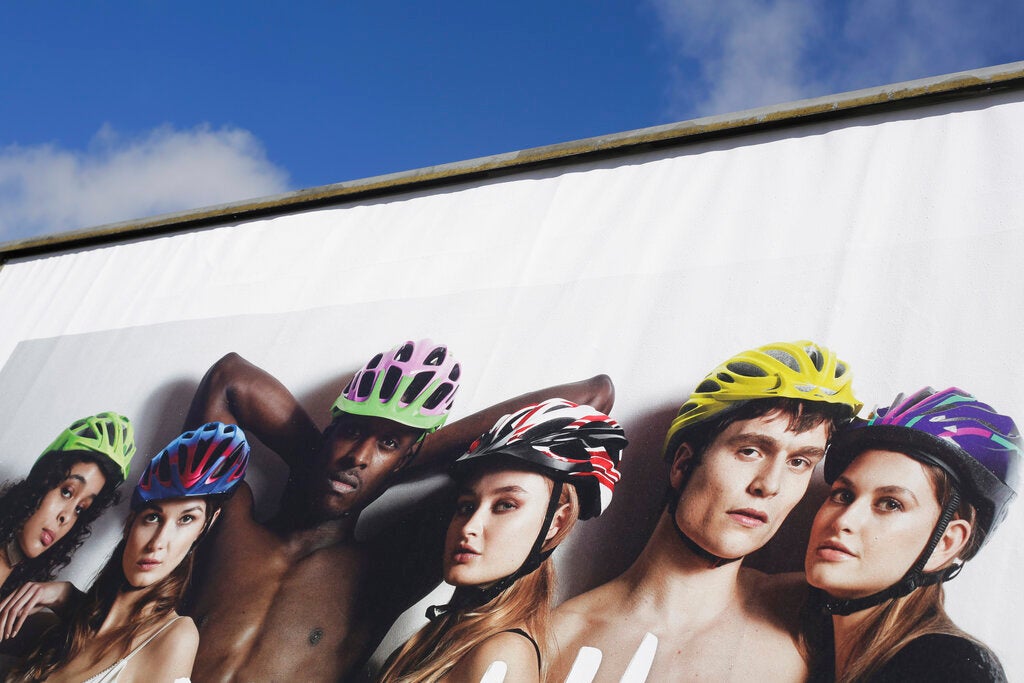 A poster of a bike helmet campaign is displayed in front of Germany’s transport ministry in Berlin, Monday, March 25, 2019. The cycling safety campaign has drawn accusations of sexism even inside the governing coalition for featuring scantily clad women. (AP)

BERLIN — Germany’s transport ministry says it stands by a cycling safety campaign that has drawn accusations of sexism even inside the governing coalition for featuring scantily clad women.

The campaign, launched by the conservative transport minister, aims to persuade young cyclists to wear helmets and uses the English-language slogan: “Looks like s—. But saves my life.”

Critics have focused on the models’ skimpy clothing.

In response, Franziska Giffey, the center-left minister for women, posted a picture of herself on a bike with a helmet and the words: “You can wear a helmet even when you’re dressed.”

Transport Ministry spokeswoman Svenja Friedrich said Monday the bike campaign was meant to get attention and also features male models. She said: “We can absolutely understand the criticism from various sides, but we still stand by the images.”