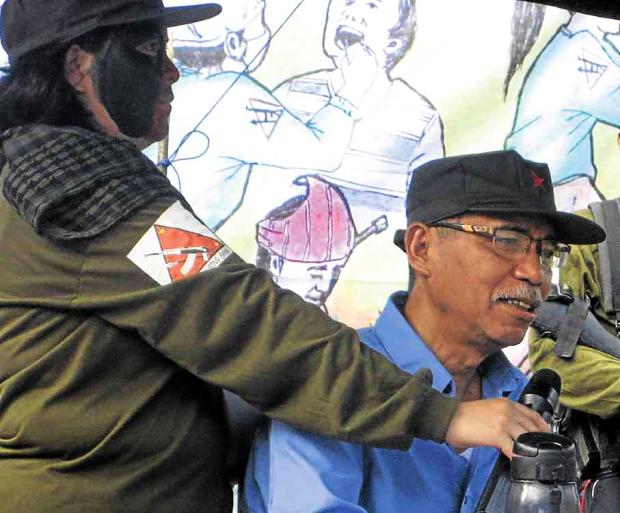 “We demand that Frank Fernandez and his companions be released immediately as a matter of principle, justice and humanity,” Fidel V. Agcaoili, NDFP panel chair, said in a statement from Utrecht in the Netherlands issued Monday night.

“For humanitarian considerations alone, he should not have been arrested and allowed to receive unhampered medical treatment,” he said.

Agcaoili said the 71-year-old NDFP spokesperson in Negros had been ill for some time, had to come down from Negros for medical treatment, accompanied by his wife, Cleofe Lagtapon, and a companion, Gee-Ann Perez.

The NDFP chair protested his arrest and argued that Fernandez was a “publicly known consultant of the NDFP” in the peace negotiation.

“He holds Document of Identification Number PP 978544 as provided for in the Joint Agreement on Safety and Immunity Guarantees (Jasig),” Agcaoili stated.

Under Jasig, signed in 1995 by representatives from the NDFP and the government, the members, consultants and staff of the NDFP who were part of the negotiating team were granted immunity from arrest, detention and were provided safety guarantees to prevent any incident that may jeopardize the peace negotiations.

Agcaoili argued that there was a “required protocol for its (Jasig) termination.”

“So, no matter how many times President Rodrigo Duterte unilaterally flip-flops from resuming and then terminating the peace talks, the Jasig remains in full force and effect unless otherwise terminated according to the terms of the agreement,” he stressed. /cbb