Syria says US Golan move blatant attack on its sovereignty 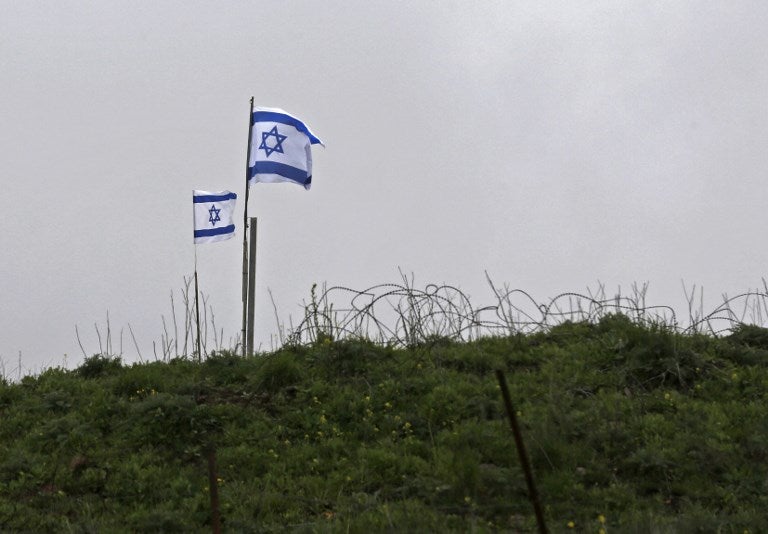 A picture taken on March 25, 2019, shows Israeli flags at an Israeli military base near the border fence with Syria in the Israeli-annexed Golan Heights, south of the Druze village of Majdal Shams. AFP

DAMASCUS, Syria – The Syrian government said that Washington’s recognition Monday of Israeli claims over the Golan Heights were a blatant attack on its sovereignty.

US President Donald Trump on Monday signed a proclamation recognizing Israeli sovereignty over the disputed Golan Heights, a border area seized from Syria in 1967.

Israeli Prime Minister Benjamin Netanyahu called the recognition “historic” and said the Golan Heights, which are still claimed by Syria, would remain permanently under Israeli control.

The move, which breaks with decades of international consensus, drew criticism from the Syrian government.

“In a blatant attack on the sovereignty and territorial integrity of Syria, the president of the US has recognized the annexation of the Syrian Golan,” a foreign ministry source said, according to state news agency SANA.

“Trump does not have the right and the legal authority to legitimize the occupation,” he said.

The unnamed source also said the unlimited support the United States gives to Israel makes Washington the prime enemy of the Arabs, according to SANA.

“It will lead to more violence and instability and it will have negative effects on efforts to engineer peace in the region,” he said on Twitter.

Russia on Monday warned of a “new wave” of tensions in the Middle East after the US Golan move. /cbb