Thai parties jostle for power after 1st election since coup 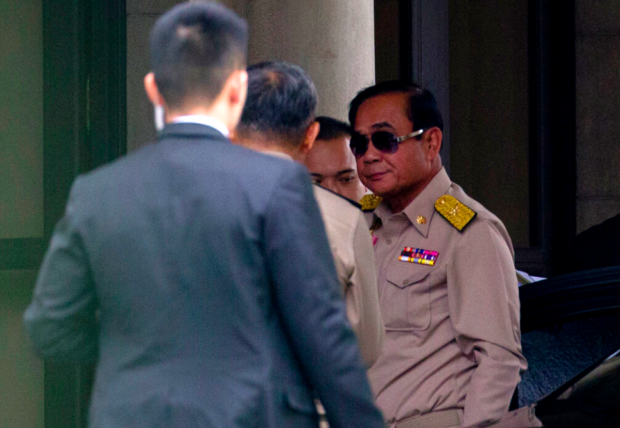 BANGKOK — A military-backed party that based on unofficial results won the most votes in Thailand’s first election since a 2014 coup said Monday that it would try to form a government, after a rival party also claimed it had the right to govern.

The conflicting claims following Sunday’s election highlight the deep divisions in Thailand, which has been wracked by political instability for nearly two decades.

Uttama Savanayana, the head of the Palang Pracharat party that is backed by junta leader and Prime Minister Prayuth Chan-ocha, said it would contact like-minded parties to form a new administration.

But earlier Monday, Sudarat Keyuraphan, leader of the Pheu Thai party that was ousted in the 2014 coup, said it would try to form a government because it won the most constituency races. The party is allied with exiled Thai leader Thaksin Shinawatra.

“As we have said before, the party with the most seats is the one that has received the confidence from the people to set up the government,” Sudarat said.

But the party faces an uphill battle because selection of the next prime minister will be decided by the 500-member lower house as well as a 250-member junta-appointed Senate.

The Election Commission announced the results of 350 constituency races but said full vote counts, which are needed to determine the allocation of 150 other seats in the House of Representatives, won’t be available until Friday.

Unofficial results show Palang Pracharat had the highest popular vote, which along with the appointed Senate puts Prayuth in a relatively strong position to stay in office and cobble together a coalition government. Analysts say the next government is likely to be unstable and short-lived, whichever party leads it.

The election is the latest chapter in a nearly two-decade struggle pitching conservative forces including the military against the political machine of Thaksin, a tycoon who upended tradition-bound Thailand politics with a populist political revolution.

Thaksin was ousted as prime minister in a 2006 military coup and now lives in exile abroad to avoid a prison term, but parties allied with him have won every election since 2001. His sister, Yingluck Shinawatra, who led the Pheu Thai government that was ousted in 2014, also fled the country after what supporters said was a politically motivated prosecution.

The blunt-speaking Prayuth, who as army chief led the 2014 coup, has aimed to extend his hold on power by engineering a new political system that stifles the influence of big political parties not aligned with Palang Pracharat and the military.

Under the convoluted election system created by the junta, 350 of the lower house members are elected from constituencies and 150 are allocated to parties based on share of the nationwide popular vote.

Thanathorn Juangroongruangkit, leader of the anti-junta Future Forward party, which polled in a strong third place after scooping up first-time voters, said the party won’t nominate him as a prime ministerial candidate to avoid a political deadlock.

He urged all parties that support a true democracy to form a coalition to trump the spoiling effect of the votes of 250 junta-appointed senators.

The Election Commission’s secretary-general, Charoongwit Poomma, defended the EC’s handling of Sunday’s vote and said delays in announcing full results reflect its duty to ensure the election is free and fair.

“Elections in our country are not like other countries,” he said.

“We have laws to determine whether the election was free and fair or not. It needs to go through the process of orange, yellow, red cards before results are announced,” Charoomwit said, referring to different levels of seriousness for election violations. /ee