Hopes raised for kids with Down syndrome 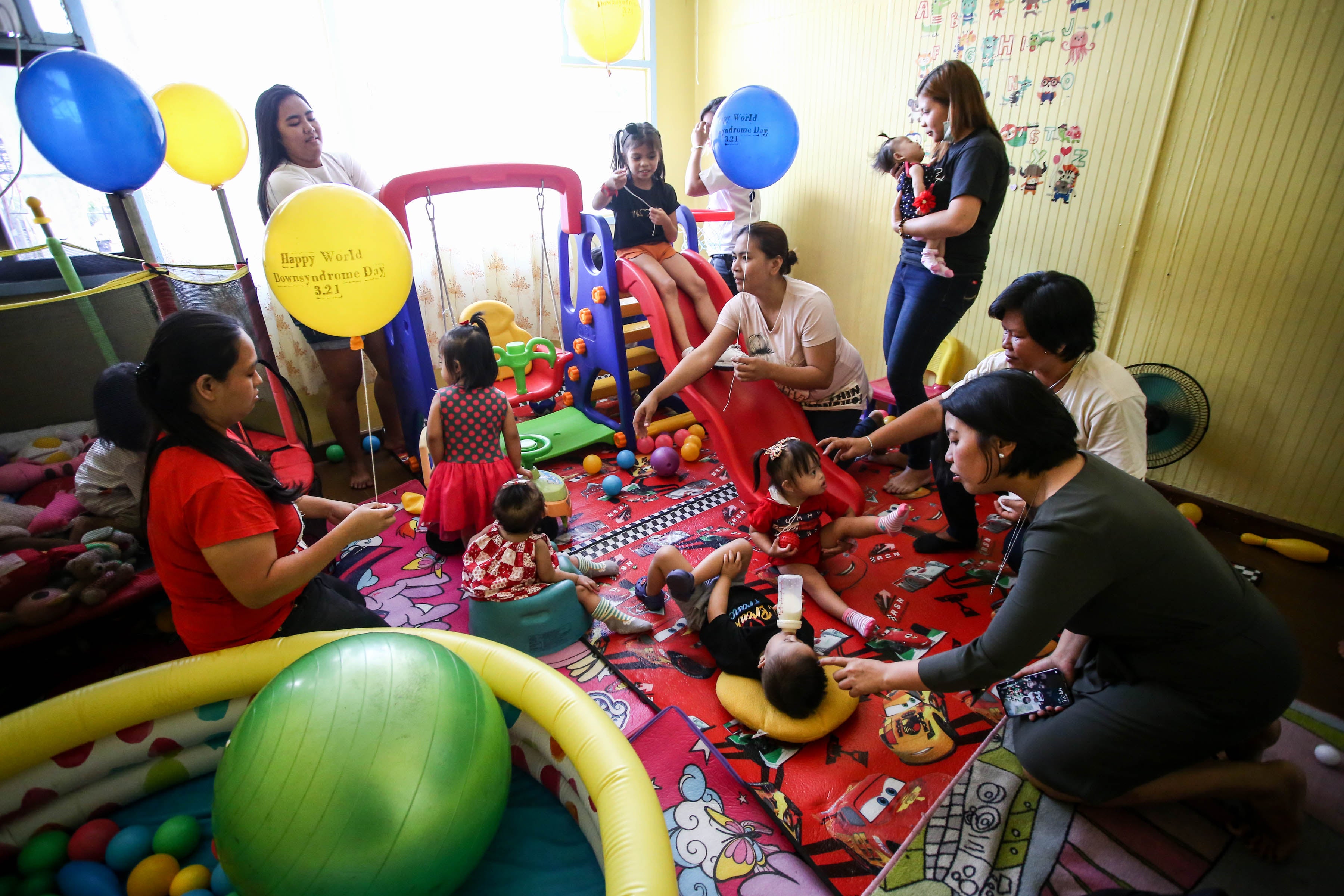 When Sheila Gimeno’s son, Jake, was born with Down syndrome, he was lucky enough to have been spared a heart condition, which afflicts most children with this disability.

Still, caring for Jake, now age 4, exposed Gimeno to the plight of other similarly afflicted children who need heart surgery but whose cases are not high in the priorities of charity and health care organizations because of the prohibitive cost of the operation and the patient’s slim chance of survival.

“You can’t expect too much assistance from the government because if you have a disability, you are not a priority. You’re at the end of the line,” she said.

People with  Down syndrome are born with an extra chromosome that leads to a range of issues that affect them mentally and physically for the rest of their lives.

They tend to share certain physical traits, like flat noses, small ears, and a tongue that sticks out of the mouth; small hands and feet, short neck, small head and short height. They may also have low muscle tone and loose joints.

They may take longer in learning to walk, talk and develop social skills.

Other cognitive and behavioral problems may include short attention span, impulsive behavior, slow learning, and delayed language and speech development.

About 45 percent of children born with the condition need immediate heart surgery, according to the World Health Organization.

Doctors advise that infants with this congenital condition should undergo the procedure at three to four months after birth to prevent further complications.

But the usual cost of the surgery — over P500,000 — is not covered by most health insurance companies in the Philippines and not entirely by the government’s Philippine Health Insurance Corp. And even at that cost, a heart surgery does not guarantee that the child will live.

To help themselves, parents of children born with the debilitating disease banded together in 2016 to form the nonstock, nonprofit group Li’l Brave Hearts to raise funds and give these children a fighting chance.

The group has been selling Li’l Brave Hearts T-shirts to help low-income families get medical assistance for their children’s heart surgery.

“We want to raise the dignity of parents who ask for help. They’re not begging but are helping us raise funds,” said Gimeno, a member of the group’s board of trustees.

“Our latest success story is 2-year-old Princess who underwent open heart surgery,” Gimeno told the Inquirer. Complex cases like that of Princess, she said, don’t often receive funding because the medical fees can go as high as P1.5 million and yet the survival rate is low. “Even international organizations reject these cases,” she noted.

The group brought Princess to the hospital for a two-dimensional echocardiography (2D Echo), but the physician said she needed to be operated on right away. Princess’ lips were turning purple by then. That was on Feb. 5, five days shy of her birthday.

By March 21, on World Down Syndrome Day, Princess was already playing in a ball pit with other kids, her “battle scar” from the operation peeking out of her dress.

The organization managed to cover the P800,000 bill, thanks to a donor who is organizing a benefit concert for Princess.

The concert — dubbed “OPM Hitmen Live” — is actually set for October this year, with the proceeds going to the girl’s surgery, but the benefactor agreed to give the money in advance because Princess had to go under the knife eight months early.

The donor also took the initiative on condition that Li’l Brave Hearts would help sell the concert tickets.

Children like Princess often hang out at the Li’l Brave Hearts “halfway house,” a two-story apartment on Road 2, Barangay Bagong Pag-asa, Quezon City, where they socialize in a playhouse on the second floor.

A short ride away from Philippine Children’s Medical Center and Philippine Heart Center, the place also serves as a transient house for the surgery patients’ families who need lodgings.

Finances continue to be a concern, said Gay Christine Cortes-Lopez who noted the high cost of maintaining the apartment. Li’l Brave Hearts spends around P20,000 a month for the rent and utilities of the three-bedroom place.

The group also hopes to sustain its efforts that help children born with Down syndrome gain access to therapy programs. Ideally, Gimeno said, they should undergo occupational, speech and physical therapies twice a week, but the rates per session start at P500, which not many parents being assisted by Li’l Brave Hearts can afford.

Aside from addressing individual medical needs, Li’l Brave Hearts also advocates the mainstreaming of children with Down syndrome, starting with the way they are treated in the country’s health system.

“When it comes to medical care, they are last in line and the least prioritized in government services because (people) think they are not valuable in society,” Lopez said.

According to the US-based National Down Syndrome Society, the life expectancy for people with the condition has increased dramatically in recent decades, from 25 years in 1983 to 60 years at present.

Some girls with Down syndrome have also broken barriers. In the US modeling industry, Kate Grant, 20, won the 2018 Teen Ultimate Beauty of the World and also became a cosmetics endorser, using her fame to spread awareness about the condition.

In the Philippines, companies like Southstar Drug and business process outsourcing company Accenture are hiring people with Down syndrome. “People with this condition are honest, hardworking and welcoming. They finish tasks assigned them right away,” Lopez noted.

Gimeno said inclusivity is the key to unlocking the potential of children with Down syndrome, and that it can start at home. “Assume that they have competence to achieve anything. There’s delay, but they can do it,” she said.