Christine Silawan buried as her suspected killer is released 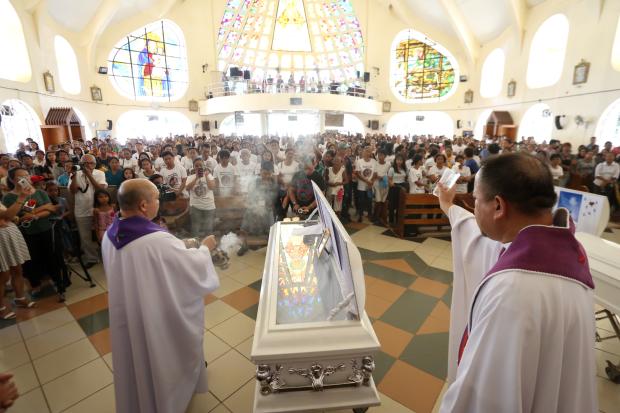 The Lapu-Lapu City Prosecutor’s office ordered the release of the 17-year-old suspect because the arrest made by the National Bureau of Investigation was invalid since it was done without a warrant.

“We didn’t know anything about this. He was released by the NBI?” asked Silawan’s aunt, Fermina Silawan Garcia.

She said they were saddened by the release of the suspect, although they would prefer him to be detained by following proper procedure to ensure that the case would not be dismissed on a technicality.

The Prosecutor’s Office acted on the motion filed by Vincent Isle, lawyer of the suspect, on Thursday, that sought the release of the minor pending resolution of the murder complaint filed by the NBI. 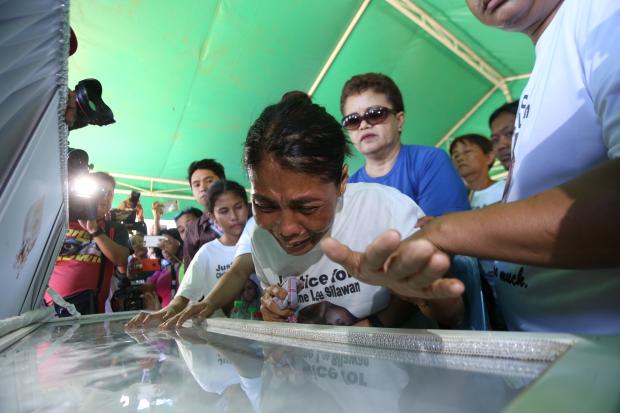 The lawyer argued that the arrest was invalid since the suspect was taken into custody without a warrant.

The suspect was arrested by NBI agents at his house in Barangay Maribago, Lapu-Lapu City in the evening of March 16, seven days after Silawan was killed.

Based on the footage from the closed-circuit television cameras, the suspect was with the girl before she was killed in the evening of March 10.

Silawan was found dead in Barangay Bangkal, Lapu-Lapu, the next day with half her face gone, her organs in the neck area removed, and her body bearing 30 stab wounds.

Using the footage as evidence, the NBI then filed a murder complaint against the suspect which was still pending at the Prosecutor’s Office.

Convinced that the authorities got the right suspect, Silawan’s parents set the interment on Saturday in keeping with their promise to bury her once her assailant was behind bars.

Ironically, the suspect’s release came on the day she was buried.

Isle said his client was released from the Lapu-Lapu City Social Welfare and Development past noon on Saturday.

“Yes. We took the boy under our custody at around 12:25 p.m. [on Saturday],” said Isle in a text message to the INQUIRER.

At that time, at least 1,000 people, including relatives, neighbors, and friends of the victim, were attending the Requiem Mass for Silawan at the Santo Niño Church in Lapu-Lapu.

Among those who attended the Mass were Lapu-Lapu City Mayor Paz Radaza, Lapu-Lapu Vice Mayor Marcial Ycong, and members of Volunteers Against Crime and Corruption led by Dante Jimenez. 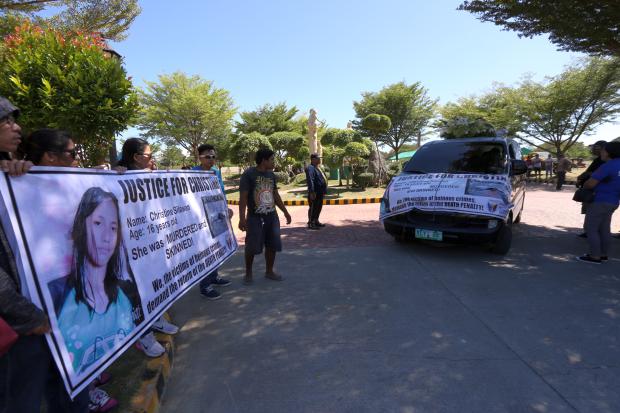 Some of the mourners were not even relatives or friends of the victim.

Leonidisa Flores, a 71-year-old resident of Cordova, attended the funeral to support the family of the girl whom she knew only through news reports.

“I just wanted to witness the burial so I could pray for her that she would be given justice,” Flores told the INQUIRER.

From the church, Silawan’s body was brought to Cattleya Gardens and Memorial Park in Cordova town, Mactan Island, Cebu where she was laid to rest.

The pain of losing her eldest child proved too much for her mother, Lourdes.

A distraught Lourdes fainted as her daughter’s coffin was placed inside the niche. /atm