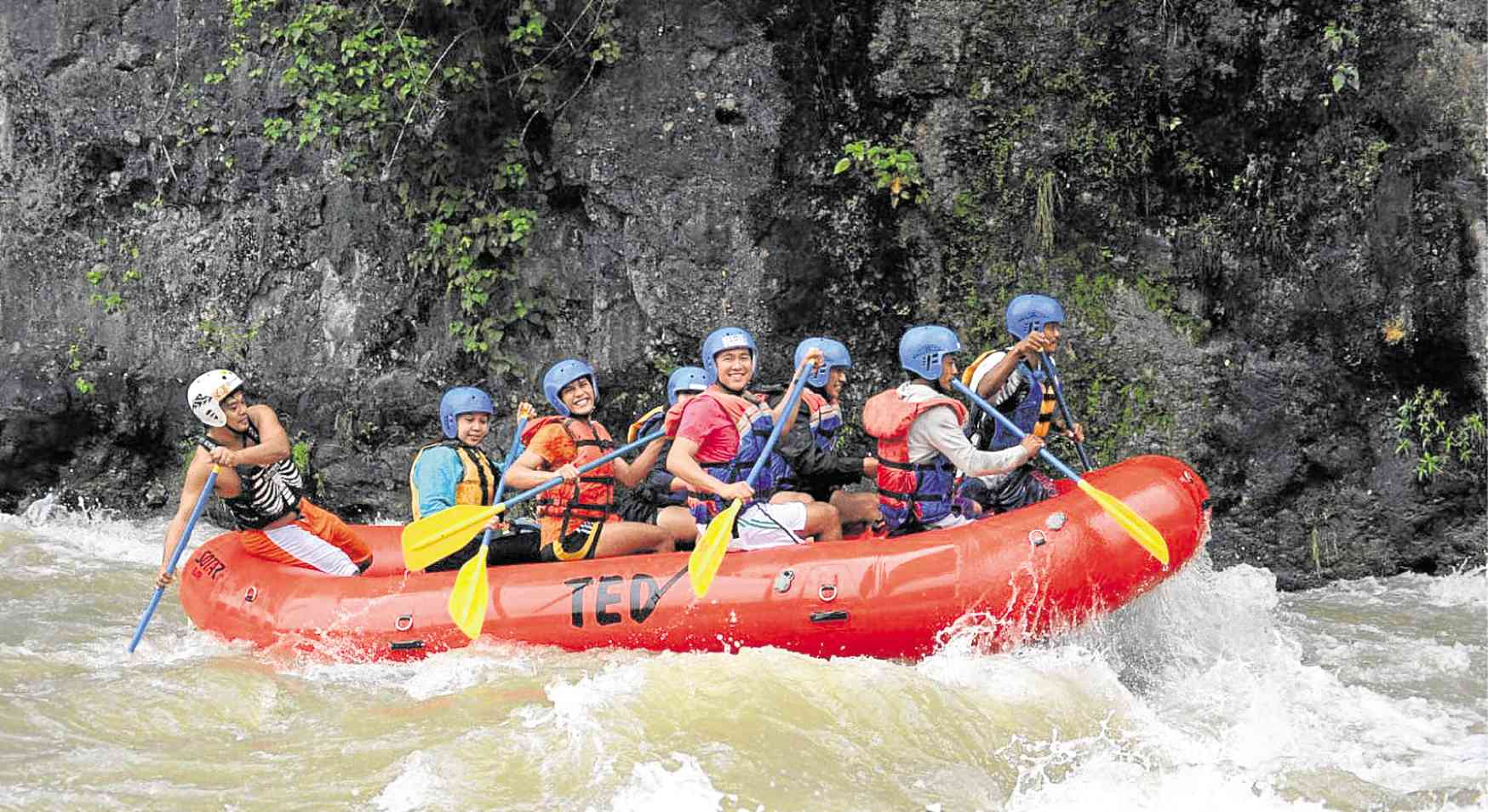 MIGHTY CHICO The Chico River once served as a symbol of the Cordillera people’s fight against martial law. These days, tourists enjoy whitewater rafting along the river’s section in Kalinga province. —EV ESPIRITU

BAGUIO CITY — Saying they were left out of the deal, Cordillera executives this week formed a team to study the Chinese-funded Chico River pump irrigation project and determine if upland communities can get a bigger share of farm water.

Under the project, rice farms spanning 7,500 hectares in 18 villages in Tuao town and one village in Piat town, both in Cagayan province, will be served by Chico water, according to a project profile for the P4.37-billion irrigation system.

Dubbed the first of government’s flagship projects to be financed by China under the “Build, Build, Build” infrastructure program, the Chico pump project will also serve 1,170 ha of farms at Pinukpuk town in Kalinga province.

“Irrigating Cagayan rice fields is very important and we are not objecting to that, but the project appeared to benefit that side of Luzon more than upland communities traversed by Chico River,” said Baguio Mayor Mauricio Domogan, chair of the Cordillera Regional Development Council.

The headwaters of the 175-kilometer Chico River come from Mountain Province and empty into the Cagayan Valley.

“We resolved to form the fact-finding team so we can get to the bottom of complaints that host communities were not properly consulted [about the irrigation program],” Domogan told the council during a meeting on Tuesday in Bontoc, the Mountain Province capital.

He said the council would examine the project’s environmental compliance certificate, which would have required the contractor, China CAMC Engineering Co., to secure the free, prior and informed consent (FPIC) of indigenous peoples (IP) who live near the river.

FPIC certification is mandated when development projects are undertaken in the IP’s ancestral domain.

Chico River was a key element in the crusade for IP rights during martial law. Families from Kalinga and Mountain Province blockaded areas pinpointed as sites for four hydroelectric dams, leading to confrontations with soldiers securing the areas from 1977 to 1979.

Activists opposed to the Marcos dictatorship and Cordillera clans also rallied against the Chico Dam projects.

The Chico irrigation project, however, does not require a dam. Proponents will install six pump units, with a capacity to draw river water at the rate of 3,000 liters per second.

The pumps will transmit water through 43 km of diversion tunnels and about 100 km of lateral canals to be built by the Chinese contractor.

A $62-billion soft loan secured from China Exim Bank for the project has been criticized by oppositors for its high interest rates, compared to loan packages offered by other countries.

The government insisted that the deal was properly vetted.

When completed in 2023, the project would make available farm water for 4,350 families that would generate 87,000 metric tons of crops and “incremental crop income” of P93,026 per hectare a year.

“If Cagayan would indeed reap more benefits from the project, then provisions must be set in place so communities where the water comes from would be compensated,” Domogan said.