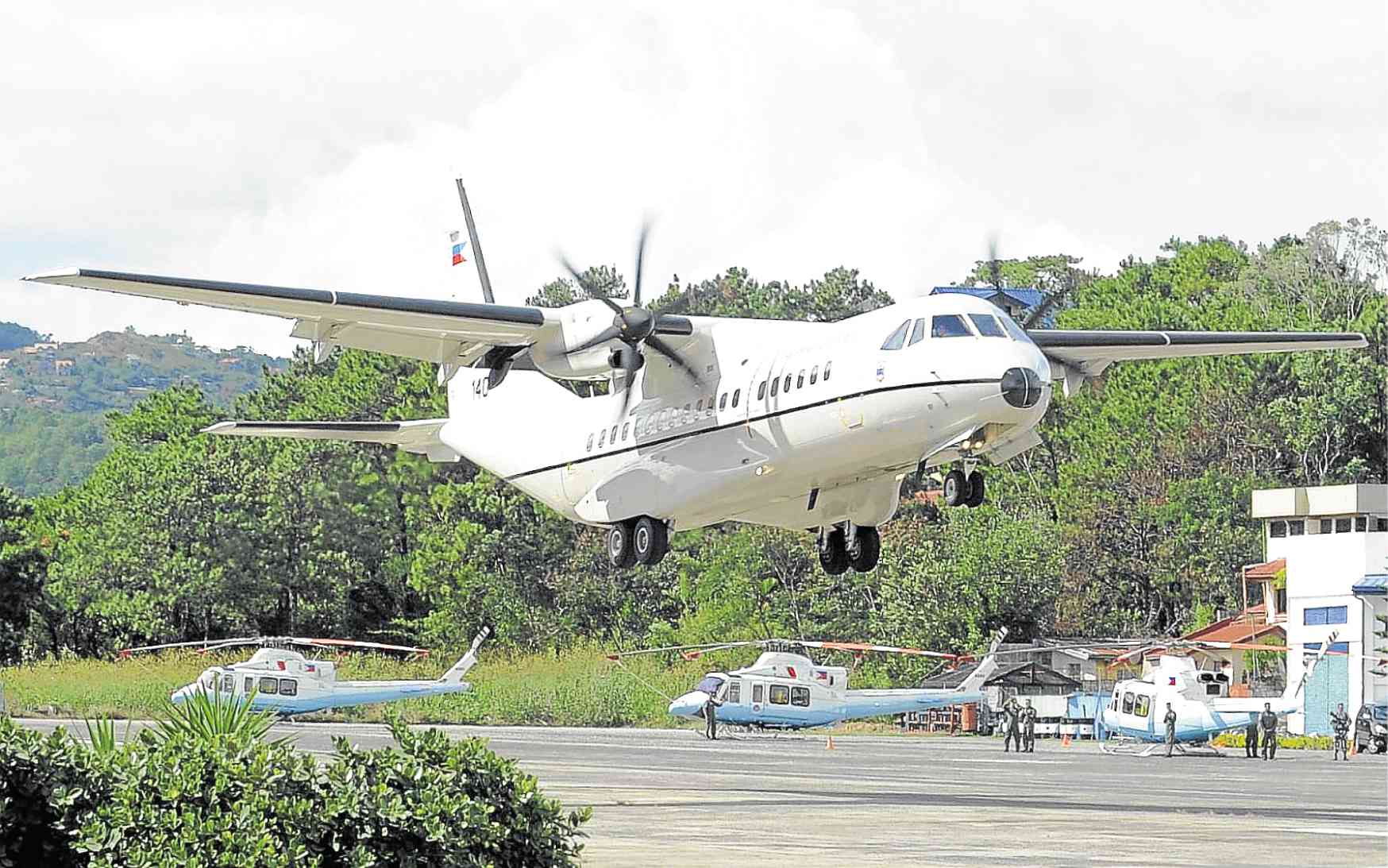 IDLE STRIP The only airport in Baguio City has been idle since the late 1990s after major airlines stopped servicing passengers in the summer capital. But the airstrip at Barangay Loakan is used occasionally by government officials attending big events in the city and during emergencies. —EV ESPIRITU

BAGUIO CITY — Full repairs to prevent flooding in the runway of Loakan Airport here may have to wait until 2020 for their budget allocations, a public works official told the city council on Monday.

The Civil Aeronautics Authority of the Philippines (CAAP) would also need to allow the Department of Public Works and Highways (DPWH) to cut through the runway and install box culverts that would rechannel surface water from the airport, said Baguio district engineer Cesario Rillera.

The runway and several houses outside the airport were flooded by runoff rainwater due to a massive landslide at nearby Fort del Pilar that was triggered by Typhoon “Ompong” in September last year.

The erosion at the mountain, where the Philippine Military Academy is located, had plugged the runway’s reinforced concrete tunnels, Rillera said.

The CAAP has yet to approve the DPWH proposal to install engineering measures that may require the brief closure of the runway, he said.

But work will start only after the DPWH has secured funding from the 2020 General Appropriations Act, he added. The repairs costing P20 million will be undertaken once the runway is repaved under an P11.4-million rehabilitation project. —VINCENT CABREZA