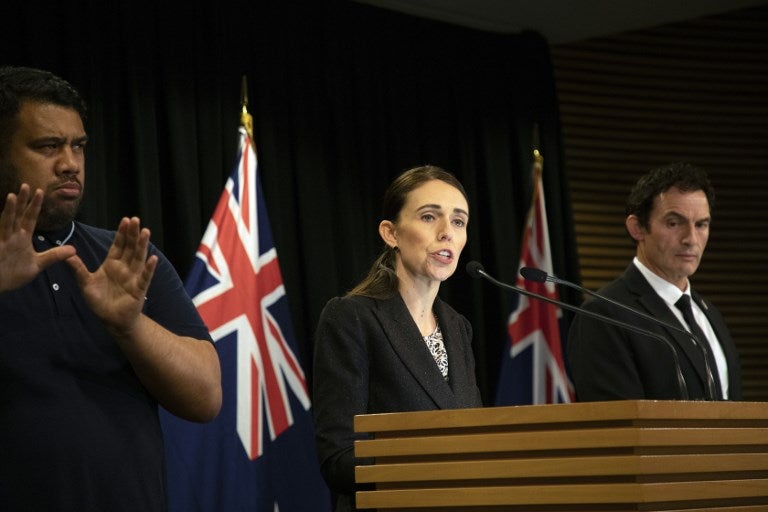 Ardern has been widely praised for her handling of the tragedy that saw 50 lives lost when an Australian white supremacist rampaged through two mosques.

During a speech on Tuesday she vowed never to use the name of the alleged shooter, Brenton Tarrant.

“Thank heavens NZ prime minister said she will never mention the name of the terrorist,” Sam Newman, an ex-Aussie Rules football player and former co-host of the popular “Footy Show” on commercial television, tweeted on Wednesday.

“How grating is her accent?”

The comment was widely condemned for its insensitivity, with more than 1,500 replies, overwhelmingly negative, on his Twitter feed.

“Significantly better than any of the wind that comes out of your regressive racist sexist neck, Sam,” said one user.

Another posted: “She’s got more class that you could ever try and buy you pathetic horrible has been.”

Not to be outdone, Newman hit back at the negative reaction.

“Thank you so much for comments re NZ prime minister – and her accent,” he tweeted.

“To be clear, this had nothing to do with her sentiments. It DID have to do with the ghastly accent NZ’s have cultivated. Now, bang on about that being racist. That should occupy your tiny brains.”

Newman is no stranger to controversy, sparking another backlash last year for his comments about Australia’s Muslim community, saying they “share no common interest” with the rest of the country.

He was reacting after two leading Muslim Aussie Rules players embraced in a show of solidarity before a game after an Australian politician used a speech in parliament to urge “a final solution” to immigration.

“There are 600,000 Muslims in Australia, they share no common interest with what we’re on about,” Newman said at the time.