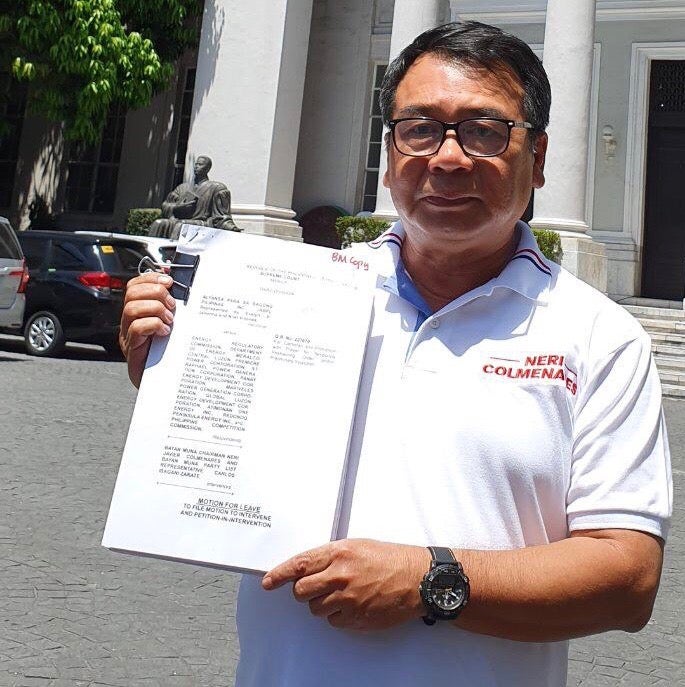 Colmenares and Zarate said the supposed deals will be an added burden to consumers with high power rates for the next 20 years.

In a “Petition-in-intervention with an application for urgent relief by way of Temporary Restraining Order (TRO) and/or Writ of Preliminary Injunction,” Colmenares and Zarate asked the SC to allow them to intervene in the case originally filed by Alyansa Para sa Bagong Pilipinas, Inc. in 2017.

The CSP requires power distributors to get at least two offers for supply of electricity before awarding a power supply agreement (PSA), ensuring the least cost for electricity consumers.

With the seven PSAs, 3,551 megawatts, or 90 percent of its supply has been tied up to 20-year contracts that would cost consumers P12.44 billion a year, the two explained.

They warned that historically, Meralco’s negotiated contracts with its subsidiary companies were overpriced by as much as 20 percent compared to those of non-related generating companies.

They asked the SC to nullify the ERC’s order to extend the CSP deadline, and declare null and void Meralco’s PSAs that did not undergo the required competitive bidding process.

“We believe that some ERC officials bent backwards several times to accommodate these Meralco power deals. We repeat our vow to oppose these PSAs and hold officials who allow it accountable,” Colmenares said.  /muf