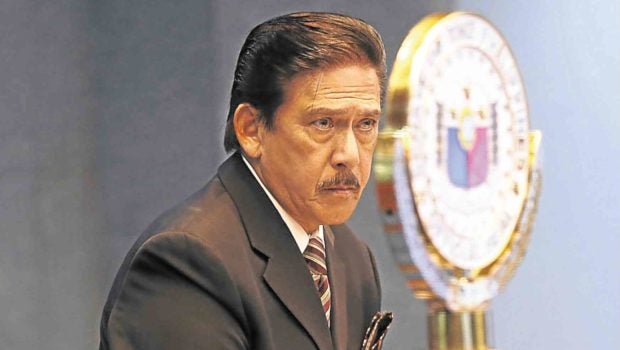 MANILA, Philippines — With the recall of the House of Representatives’ version of the 2019 General Appropriations Bill (GAB), the door is now open for a possible “cure” to the impasse.

Senate President Vicente “Tito” Sotto III declared this on Thursday, a day after the House withdrew its version of the GAB, which was earlier transmitted to the  Senate for signature.

But Sotto refused to sign the alleged “unconstitutional” amendments made by the House on the GAB since it was already ratified  by both chambers  of Congress on February 8.

And now that the House has already recalled the amended GAB, the Senate   leader said: “Perhaps, what we could say is that the door is now open for a possible cure to the impasse.”

Sotto cited in particular Senator Panfilo Lacson’s proposal to revert to the original version ratified by the Senate and the House.

If the House would agree to Lacson’s proposal, then Sotto said a new budget would be ready for President Rodrigo Duterte’s signature by next week.

“Yes, hopefully by next week…” he said.

But if the House will insist on its own version, then  the government might have to operate based on the  2018 budget until August this year.

“The ball is not in our hands, sa kanila yun e,” Sotto said.

“All they have to do is submit what we agreed upon in bicam and ratified and we’ll have no problem at all,” he added. /jpv