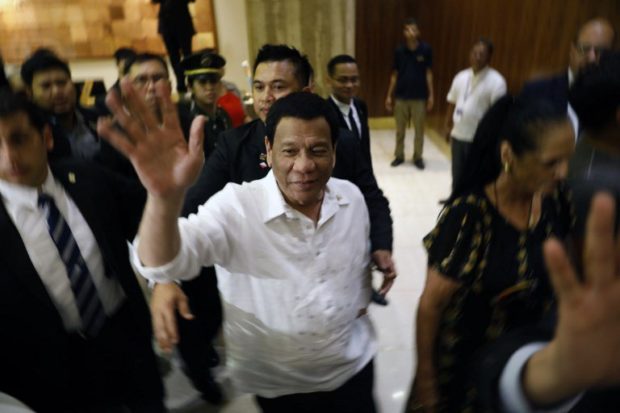 MANILA, Philippines — President Rodrigo Duterte has lashed out at media anew, saying news organizations paint him in a bad light because they never wanted him president because he does not belong to the country’s elite.

“Because I do not belong to any of the ruling elite in this country,” he added, before cursing the media owners.  “P*tang ina I am not your president, manigas na kayo. Para sa tao ako, kasi ang tao ang nagboto sa akin.”

He also claimed that some of his actions and words were deliberately said and done to test the media’s reactions.

“Para lalong magsulat, bigyan ko sila ng trabaho because in the end, she will fight against herself.  Gano’n ‘yan,” he added.

Since his election in 2016, Duterte has had several brushes with media due to his unorthodox presidency. He had catcalled a television reporter shortly after he was proclaimed president-elect, and from time to time unleashed tirades against media organizations critical of him. /kga