MANILA, Philippines — The Legal Education Board (LEB) on Tuesday announced that it will push through as scheduled with the Philippine Law School Admission Test (PhilSat) next month.

It clarified that it is not covered by the temporary restraining order recently issued by the high court.

“The administration of the Philippine Law School Admission Test on April 7, 2019 has not been restrained and will proceed as scheduled,” LEB said.

It explained that the restraining order issued by the high court covers only LEB Memorandum Circular No.18, Series of 2018 which prohibits the admission and enrolment as freshmen students in the basic law course beginning in Academic Year 2018-2019 of those without the required PhilSat eligibility.

LEB Chairperson Emerson Aquende said those “who have not taken the PhilSat, those who have taken the PhilSat but did not pass, those who have passed the PhilSat but have expired certificates of eligibility, college honor graduates without certificate of exemption, and college honor graduates with expired certificates of exemption” will be “conditionally admitted” and enrolled as freshmen in the basic law course in the incoming 1st semester of Academic Year 2019-2020 under the same terms and conditions in Memorandum Order No. 11, Series of 2017.

The restraining order against LEB Memorandum Circular shall be in place “until further orders from the court,” said the SC resolution released Monday.

The SC conducted oral arguments based on the petition filed by former Makati RTC Judge Oscar Pimentel and a group of law students who questioned the constitutionality of Republic Act 7662 (The Legal Education Reform Act) and asked the Court to issue an injunction to stop its implementation and the PhilSat.

Pimentel and the other petitioners told the SC during the oral arguments last month that the exams deprived those who wanted to become lawyers if they failed to pass it.

The petitioners sought to restrain the implementation of LEB Memorandum Order No.7 Series of 2016 which scheduled the conduct of the PhilSat.

Memorandum Order No. 7 requires aspiring law students to take the PhilSat before they can be admitted to any law school.

The LEB said schools will not be allowed to enroll students who did not take the PhilSat and that if they failed to comply, they will be subject to possible sanctions, including the payment of fine of up to P10,000. 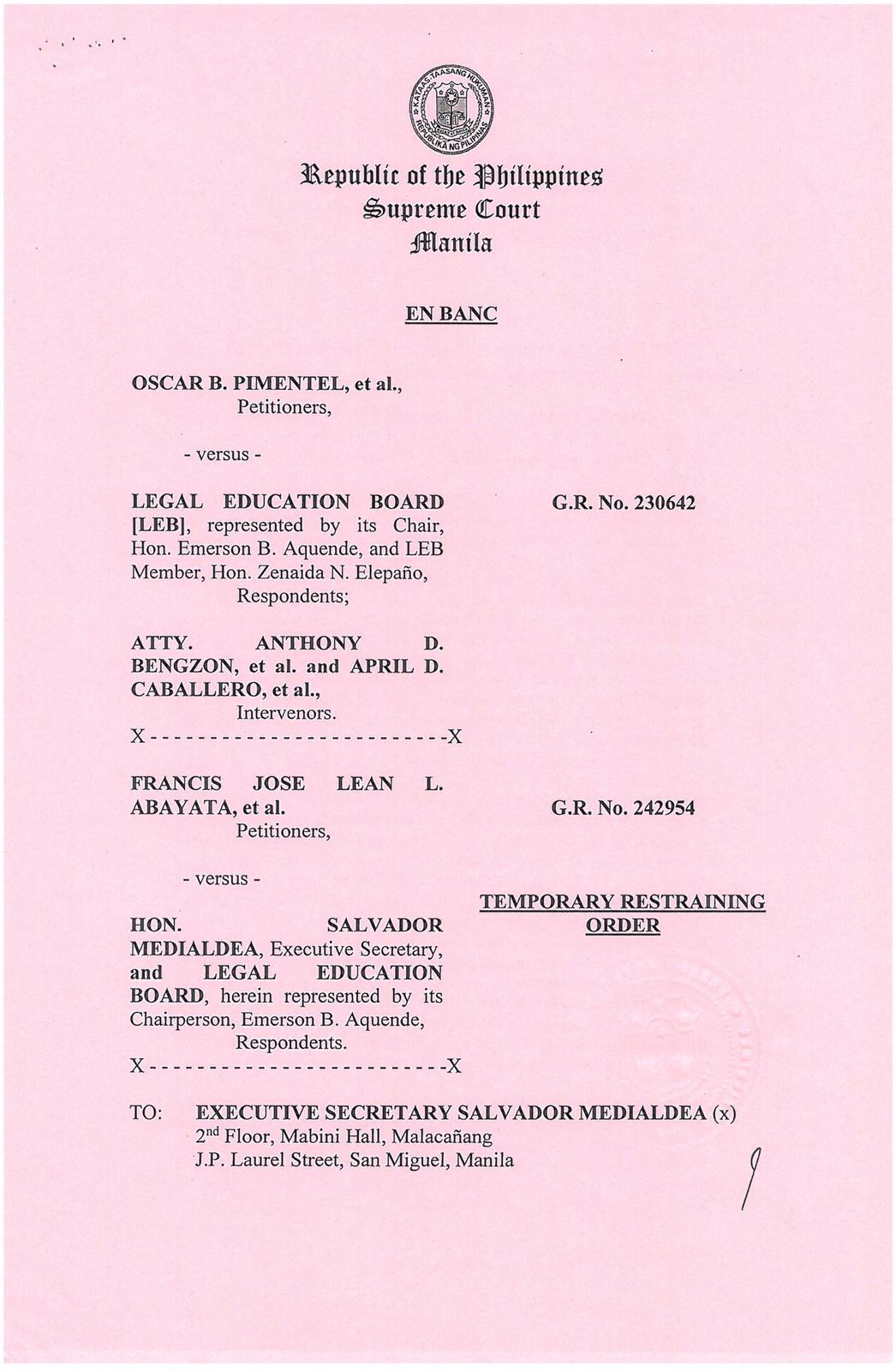 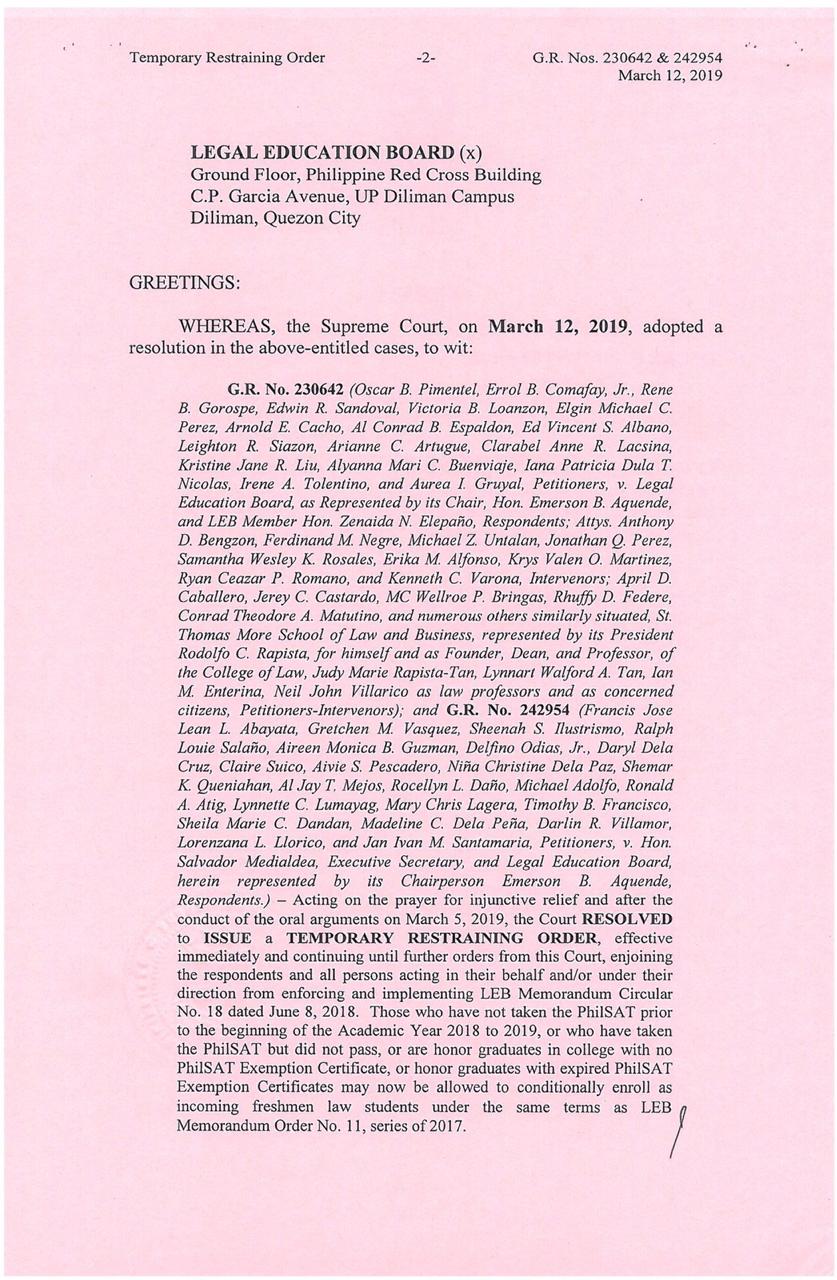 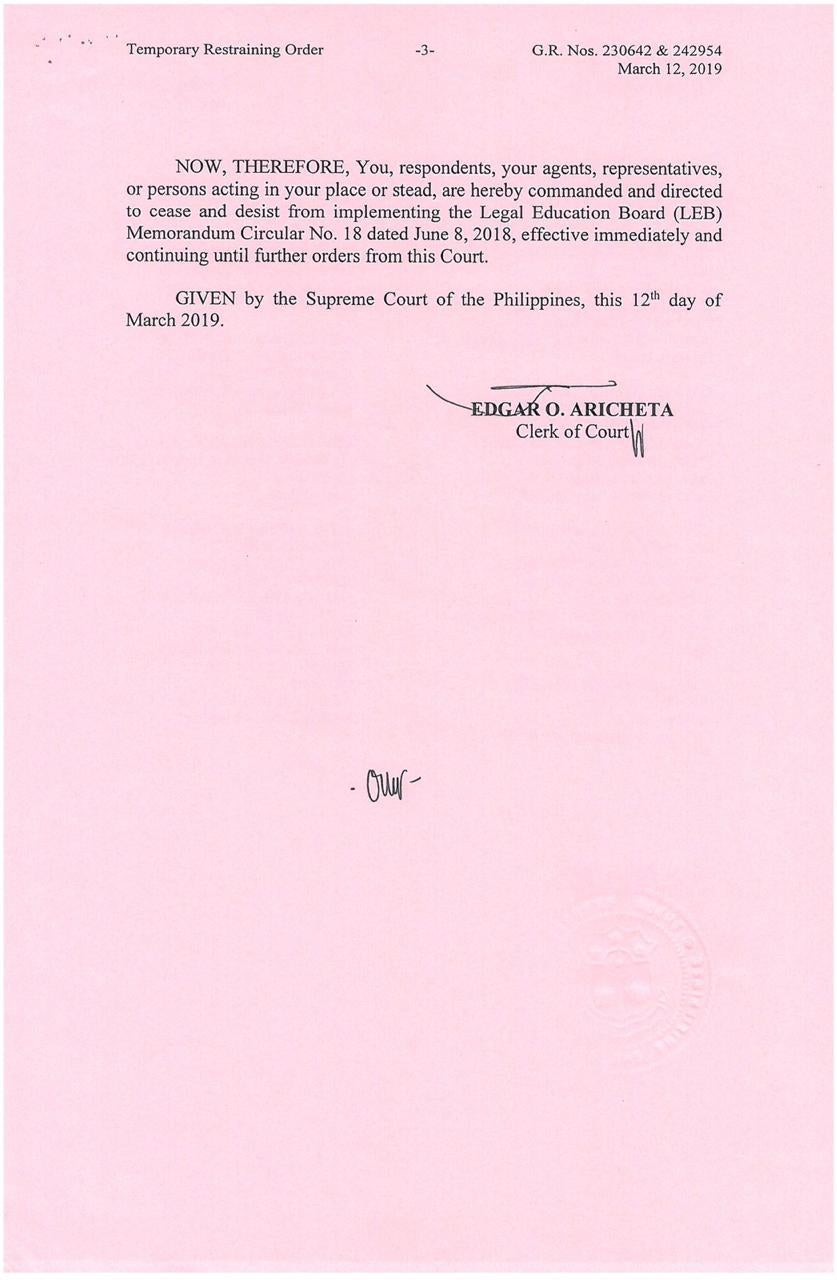