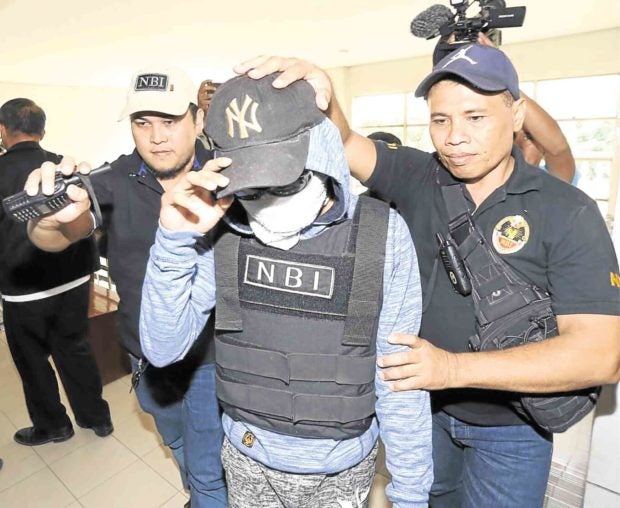 CEBU CITY — Intense jealousy drove a 17-year-old boy to kill 16-year-old Christine Silawan, take out half her face and her organs in the neck and stab her 30 times.

“It was a crime of passion,” said Tomas Enrile, National Bureau of Investigation director in Central Visayas (NBI-7), after the arrest of the suspect on Saturday.

But Enrile said they were not closing yet the investigation of the case since they were looking into the possibility that the suspect had companions in carrying out the crime.

The suspect was taken to the Lapu-Lapu City prosecutor’s office on Monday afternoon for the filing of the murder complaint for Silawan’s death.

He had been detained at the NBI-7 stockade in Cebu City since Saturday night when agents picked him up from his house at Barangay Maribago in Lapu-Lapu.

Armed with a warrant, the agents searched his house and found the shirt, shorts and ball cap that, they said, the boy wore when he picked up Silawan on his motorcycle before she was killed on March 10.

The clothes would be subjected to forensic examination to determine if these had bloodstains, the NBI said.

Also found during the search was the suspect’s mobile phone that had been destroyed.

NBI sources told the Inquirer that the boy had owned up to the crime, saying jealousy drove him “insanely mad” that he was not able to think straight when he killed Silawan.

The boy also told investigators that he threw away the knife he used in killing the girl.

Silawan, a Grade 9 student, was found dead on March 11 on a vacant lot at Barangay Bangkal in Lapu-Lapu.

Half of her face was skinned, exposing her skull while her anterior neck area, including the trachea, tongue, esophagus, right neck muscle and right ear, were removed.

Only her spine held her head.

Although she was naked from the waist down, there was no indication she was raped since there was no fresh laceration in her genitals.

According to Enrile, the boy and Silawan had a relationship although it was not established if the two had broken up.

But based on the text messages between them, the suspect and Silawan had been fighting due to jealousy.

Based on the footage retrieved from security cameras in the city, the suspect picked up Silawan on his motorcycle after she attended Sunday Mass, where she served as a collector.