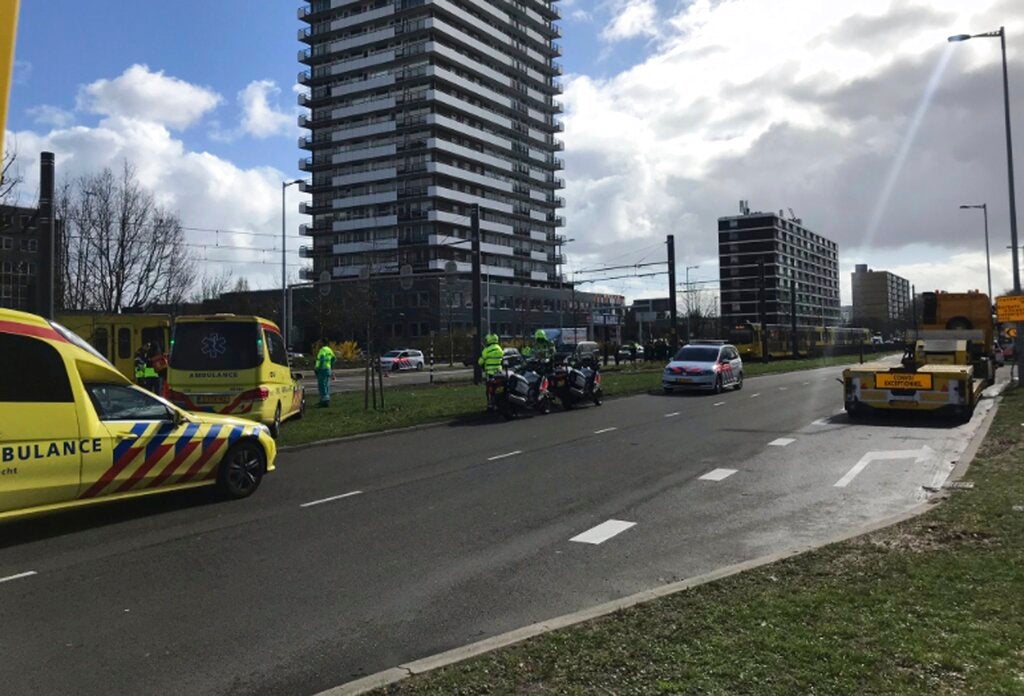 Emergency services attend the scene of a shooting in Utrecht, Netherlands, Monday, March 18, 2019. Police in the central Dutch city of Utrecht say on Twitter that “multiple” people have been injured as a result of a shooting in a tram in a residential neighborhood. (Martijn van der Zande via AP)

THE HAGUE, Netherlands —  Police in the central Dutch city of Utrecht say they are investigating a shooting in a tram that left “multiple” people injured and are considering the possibility of a “terrorist motive.”

Police, including heavily armed officers, flooded the area after the shooting that happened Monday morning on a tram at a busy traffic intersection.

Dutch Prime Minister Mark Rutte called the situation “very worrying” and the country’s counterterror coordinator said in a tweet that a crisis team was meeting to discuss the situation.

There have been no reports yet of any suspects arrested.