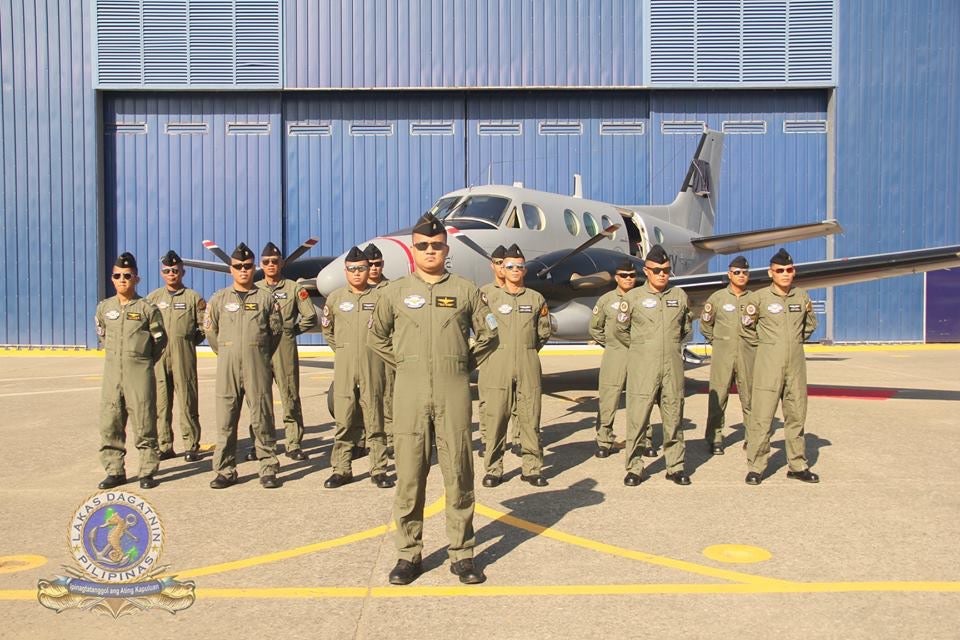 MANILA, Philippines — With the Philippine Navy’s expanding operations and growing capabilities, its air group is poised to be upgraded into a wing status.

The restructure of the Naval Air Group, the first time since it was formed seven decades ago, has become imminent due to increasing demands for maritime situational awareness and expertise.

“With this wide reach of Naval Air Group nowadays, the higher headquarters have recognized its capacity to be upgraded as a unit. The organizational upgrade into becoming a Naval Air Wing was defended before the OPB GHQ (Operational Planning Board General Headquarters) and was collectively endorsed by the board. We are now awaiting for the blessings and thumbs up from our CSAFP (chief of staff, Armed Forces of the Philippines),” said Naval Air Group commander Captain Juario Marayag in his speech during Monday’s activation ceremony of the fourth C-90 aircraft from Japan.

He also took the opportunity to highlight the importance of naval air operations and its outputs in providing critical information to decision makers in the government.

“As a provider of naval air assets…I believe that having these capabilities give an unparalleled advantage to our decision makers in the frontlines. I cannot overemphasize the value of maritime situational awareness as a factor in achieving archipelagic maritime security,” Marayag said.

Japan had earlier donated five C-90 patrol aircraft to the Philippine Navy. Three are already being used for maritime patrols and intelligence, surveillance and reconnaissance operations across the country – including Scarborough Shoal and Kalayaan Island Group in the West Philippine Sea.

“The Naval Air Group has greater reach in maritime operations because of these new assets. These are the reasons for the organizational upgrade,” Marayag said in a separate statement to INQUIRER.net.

With the new wing structure, he said they will continue to perform their mission of securing the country’s maritime domain and ensuring that all activities at sea are captured and recorded but at the same time, sovereignty patrols will become much more frequent and will span wider coverage. /kga

Read Next
Flash floods, earthquake in Indonesia kill over 80
EDITORS' PICK
Malls adjust ‘NCR Plus’ operating hours for April 12-30 MECQ
Metro Manila to have shortened curfew hours from 8 p.m. to 5 a.m. under MECQ
Pre-order the new vivo Y20s [G] to get a free TWS earphone
Pru Life UK receives four golden arrows for solid corporate governance
‘NCR Plus’ to be under MECQ starting April 12 until April 30 — Palace
Speed up your game with the new vivo Y20s [G]
MOST READ
Stop ‘creeping occupation’ of ‘militia’ boats in WPS, Pacquiao asks China
Bea Alonzo clarifies status of her relationship with Dominic Roque
Convicted former aide of Sen. Bong Revilla dies — BuCor
Locsin to China: ‘Then move out’
Don't miss out on the latest news and information.