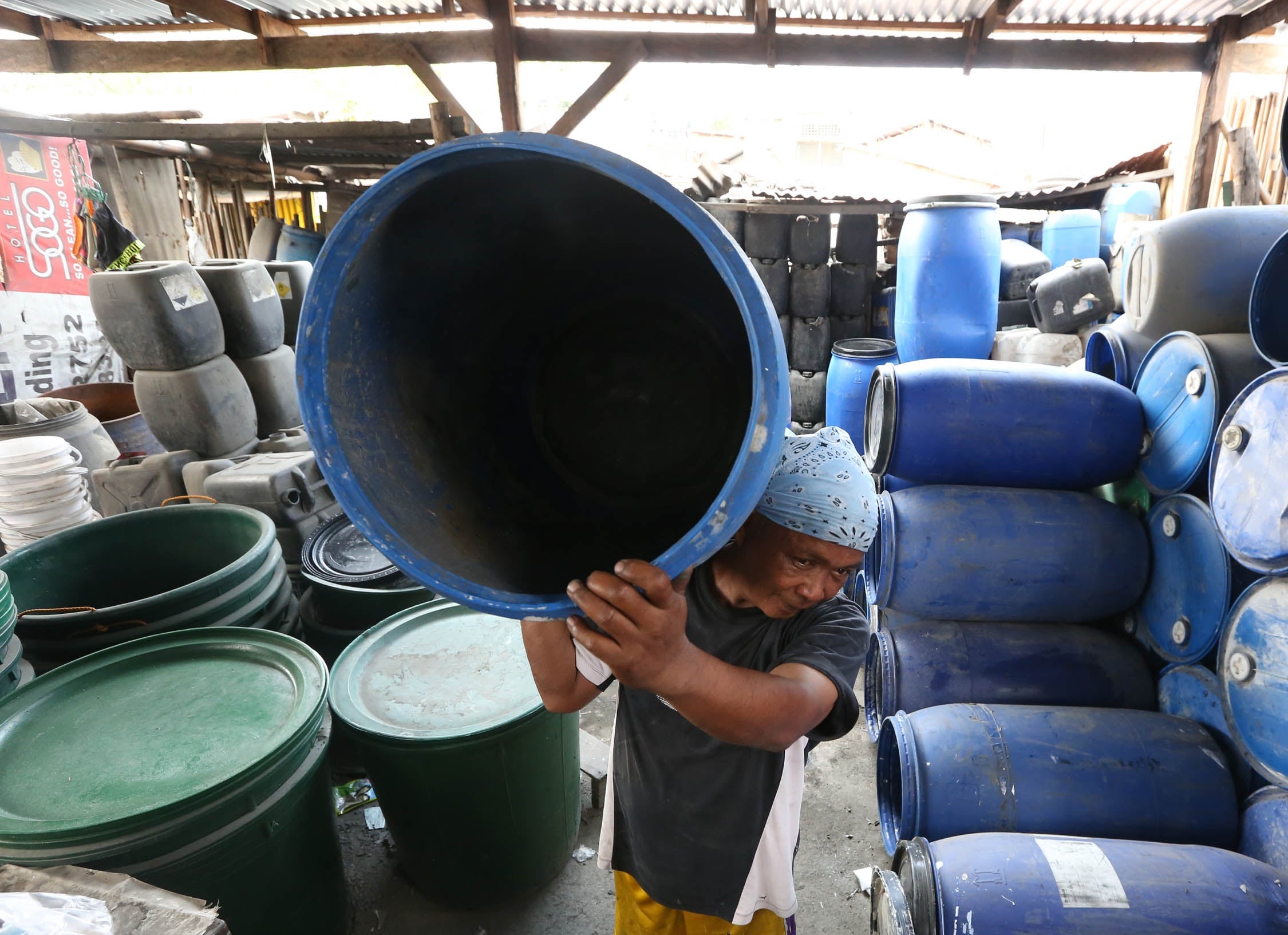 CASHING IN The demand for plastic drums spiked in recent days as a result of a crisis in water supply, prompting this store in Bacoor, Cavite, to seize the opportunity to sell.—MARIANNE BERMUDEZ

While the near-dystopian scenes of people fighting for water in some parts of Metro Manila were not yet signs of catastrophe, it’s still an indication that the country was not ready for climate change when “it actually rolls in with a heavy hand,” a climate think tank on Friday said.

In an interview, Renato Constantino of the Institute of Climate and Sustainable Cities also cautioned the government against attributing the water shortage to climate change when it was clearly caused by failure of planning.

“The current challenges are due to bad governance, lack of foresight among our government agencies,” he said.

“If we blame climate change too early, we dilute the accountability of officials and businesses involved,” Constantino said.

Since March 8, a water shortage gripped thousands of households in the eastern part of Metro Manila as water concessionaire Manila Water Co. Inc. struggled to keep water levels at its La Mesa reservoir from dipping.

It’s been a mad scramble for water as residents lined up on the streets for hours to wait for water-bearing fire trucks.

While the shortage was certainly a “crisis” for the poor, the situation remains fixable, Constantino noted.

What the government should watch out for, he added, was not the clamor for bathing water but a full-blown hydrological crisis that could lead to economical and political instability.

“This should be a wake-up call because if we cannot even address what should be predictable, then we can expect far more serious situations in the future,” he said.

But committing to institutionalize effective policy and regulation was going to take stronger political will, he added.

This meant looking “beyond Metro Manila” and even agricultural provinces, but into conflict-ridden areas where water shortages could morph into armed conflict.

Such could be the case for Central Mindanao, where scientists projected a 40-percent decrease in rainwater by 2065.

The government must take its cue from the ongoing water shortage to finally integrate climate change into its development plans.

The first step, he said, was to conduct far more expansive stress tests to simulate the economic and political impacts of rising global temperatures.

Water conservation efforts must be intensified and existing laws enforced, like Republic Act No. 6716, which mandates local governments to have rainwater catch basins to preserve water supply.

Even without diversifying water sources by creating new dams, stronger political will could go a long way toward equipping the country for another such crisis, he said.

“Climate change by itself will not bring so much unique devastation as it would only amplify the impact of wrong policies,” he said. “It would just bring more pain to already existing pain.”