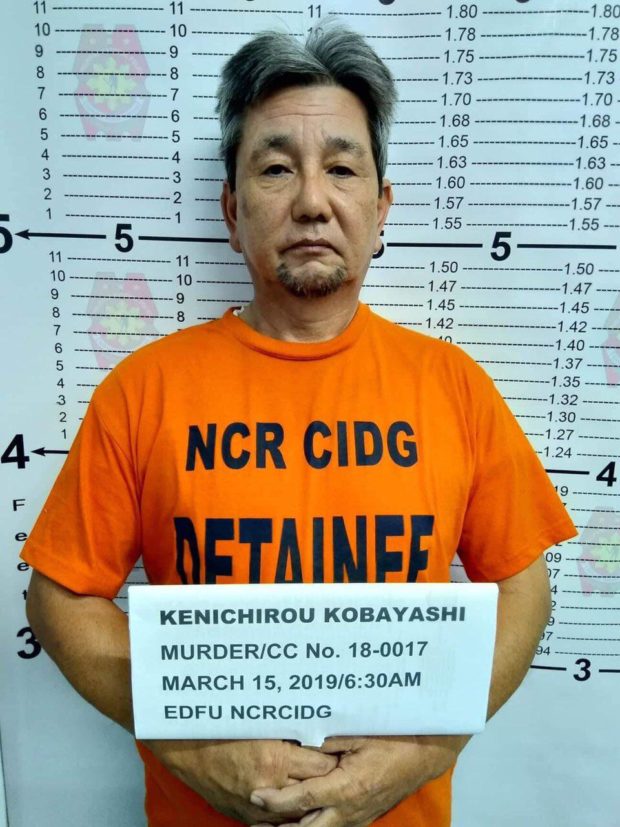 MANILA, Philippines — A Japanese fugitive allegedly responsible for the murder of two Japanese men was arrested in Quezon City on Friday.

Police identified the suspect as Kenichirou Kobayashi, 61, who is allegedly the mastermind in the killing of Shinsuke Toba and Tatsuya Nakamura on October 18, 2014, and on September 1, 2015, respectively.

According to a report sent by the Criminal Investigation and Detection Group (CIDG) of the Philippine National Police, the suspect is also included in the Interpol Blue Notice.

The suspect was arrested at around 6:30 a.m. after months of surveillance, the CIDG said.

In January 2017, Kirby Tan, the alleged hitman of both murder cases was also arrested in Las Piñas City.

Police said the suspect was brought to the National Capital Region office of the CIDG. /ee