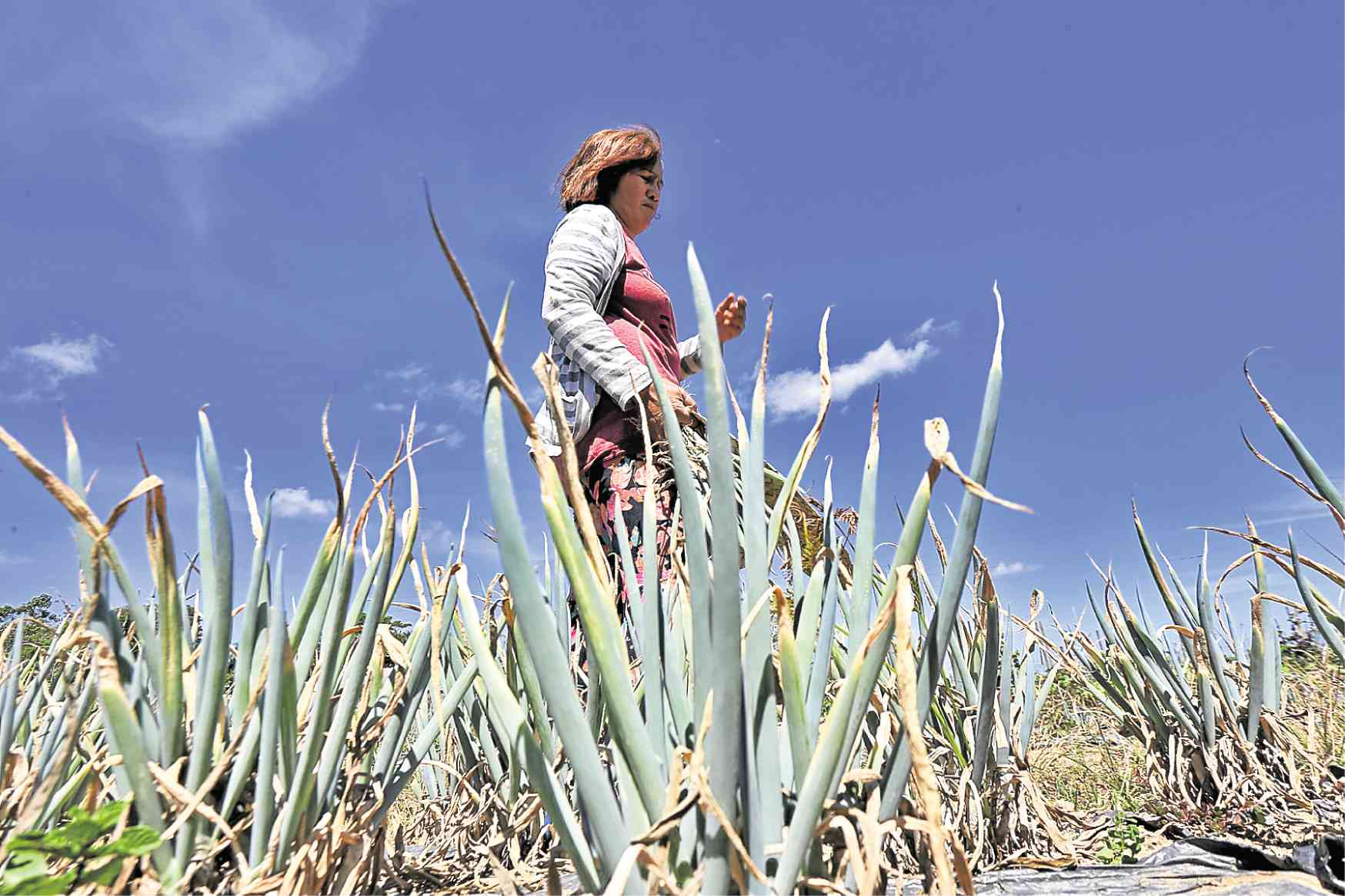 THE FUTURE IS DRY Small-time farm owner Liza Bellita walks amid wilted crops in the village of Sudlon 1 in Cebu City. —JUNJIE MENDOZA

CEBU CITY — The impact of water shortage on daily lives in the city could be best illustrated by what Alexander Tangaja and his family have to endure these days.

Tangaja and his family would take a 30-minute motorcycle ride on steep slopes and walk for at least 20 minutes to reach a river to take baths and wash their clothes.

They live in a shanty in Bonbon, a mountain village some 17 kilometers from the city proper, where water started to disappear since the start of the dry season.

The family used to have water driven through pipes from a spring near their community. Until the spring dried up.

The nearest source of water, a river, was in another hilly community which Tangaja, his wife and 3-year-old daughter would reach by riding a motorcycle and walking for nearly an hour one way.

While his wife and daughter bathe in the river, Tangaja would make several trips back home to bring clothes to wash, which he could not carry on his motorcycle all at once.

But nowadays, even the distant river is drying up, prompting Tangaja to ponder about where next to get water.

The City Agriculture Office, after an inspection, estimated that at least 14,000 farmers were facing heavy income loss because of water shortage.

The city government would spend P12 million on water pumps, sprayers and drums.

Agriculture officials would recommend the declaration of a state of calamity to free P15 million more to help farmers “bounce back.”

Many farmers had already harvested crops before the dry spell made its full impact felt, Tribunalo said.

“There is little water left” anywhere, she said.

Mario Bellita, farmer in the village of Sudlon 1, saw no immediate relief.

Bellita, 53, and outstanding farmer of the Department of Agriculture (DA), said most of his crops had already wilted causing him at least P40,000 in losses.

The spring where he draws water from is now dry.

To cut losses, Bellita and his wife, Lisa, let go of six workers and started to do farmwork themselves.

Bellita said they would tend to only about a third of their farm and plant only one crop.

There’s no water for the entire farm which produces good quality chili, tomato, lettuce, basil, eggplants and cabbages, which won DA awards for him.

No help from the government has come, according to Bellita.

He thought of seeking help but was discouraged by the amount of paperwork and red tape.

So Bellita sought ways to cope and decided not to wait for the government anymore.